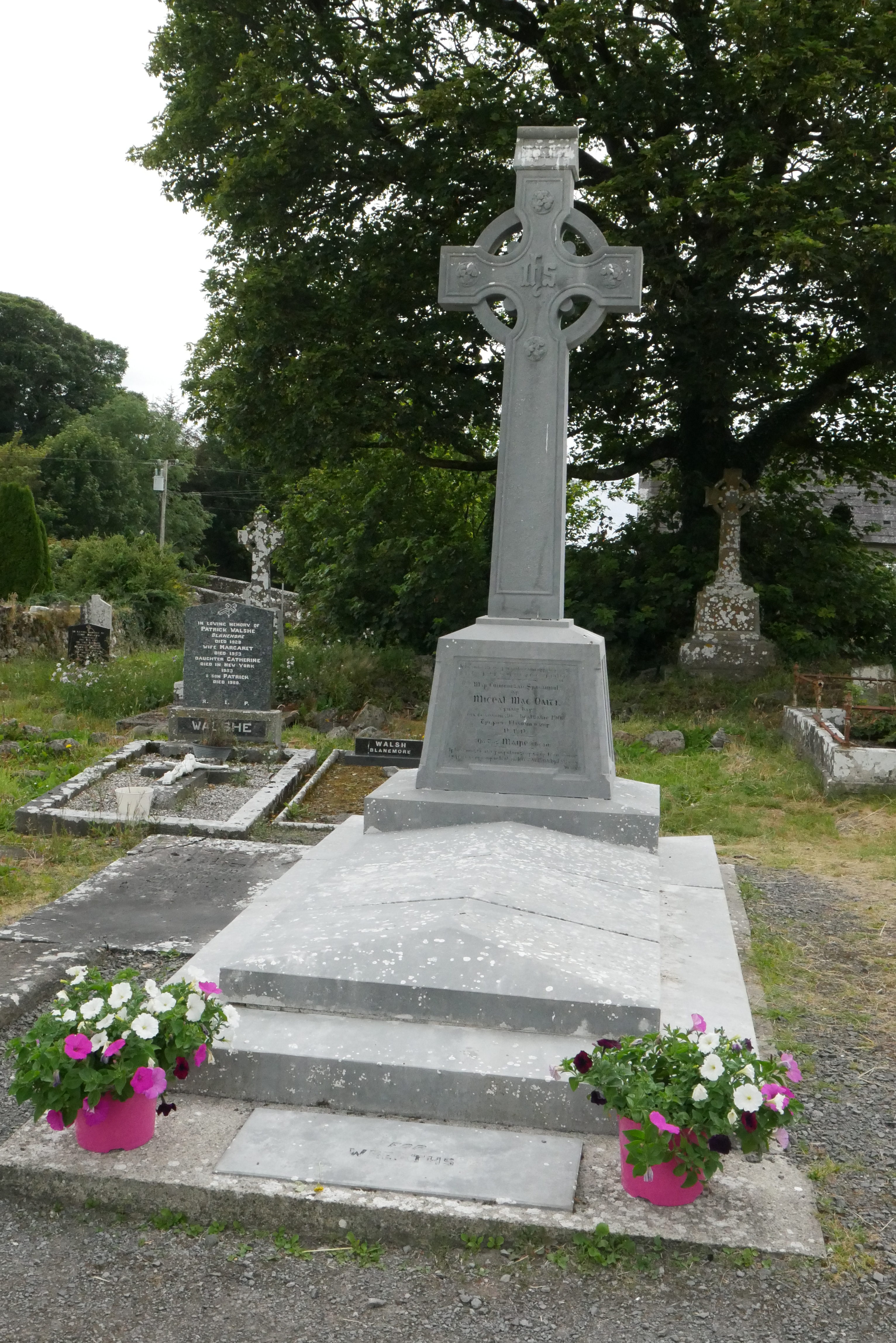 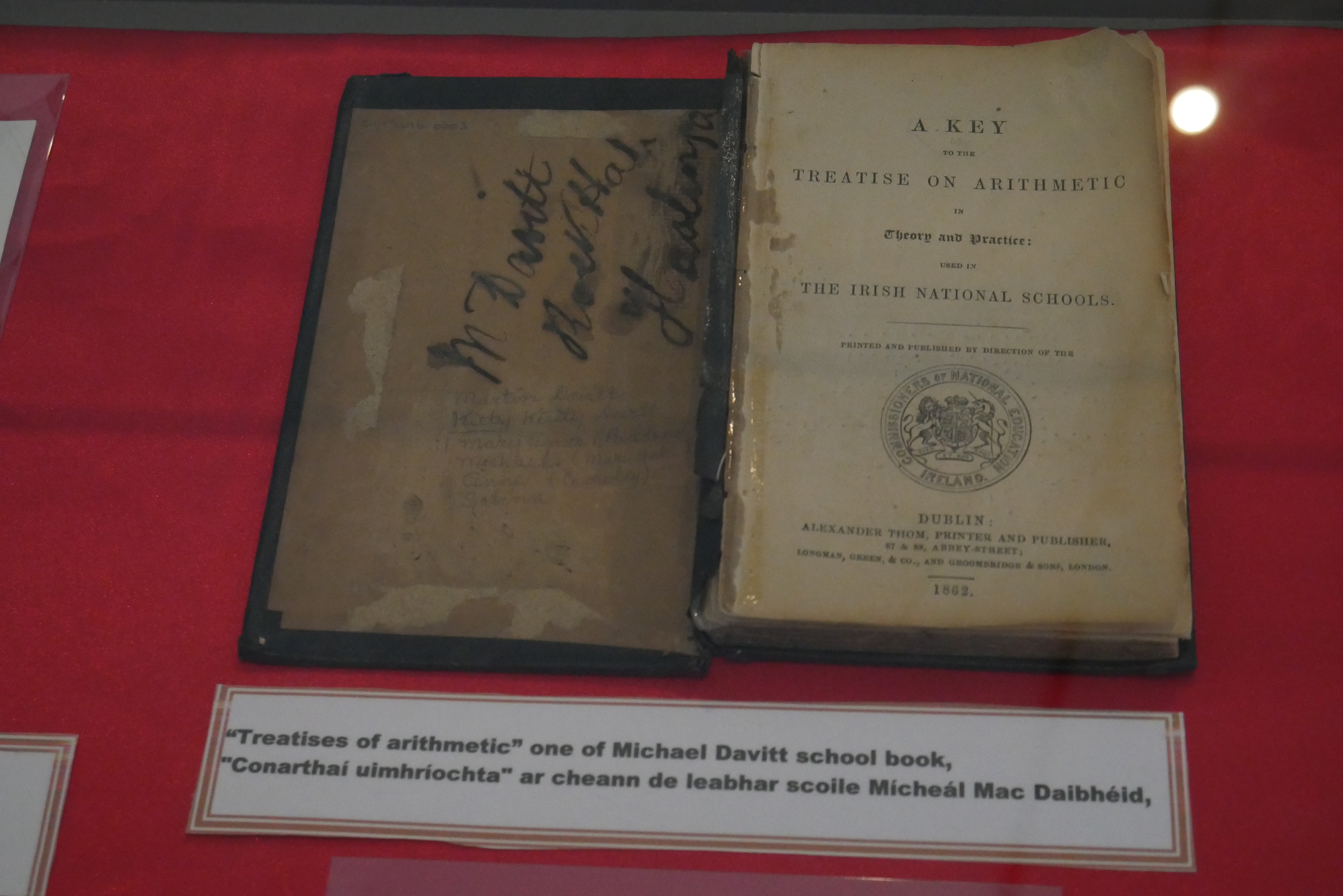 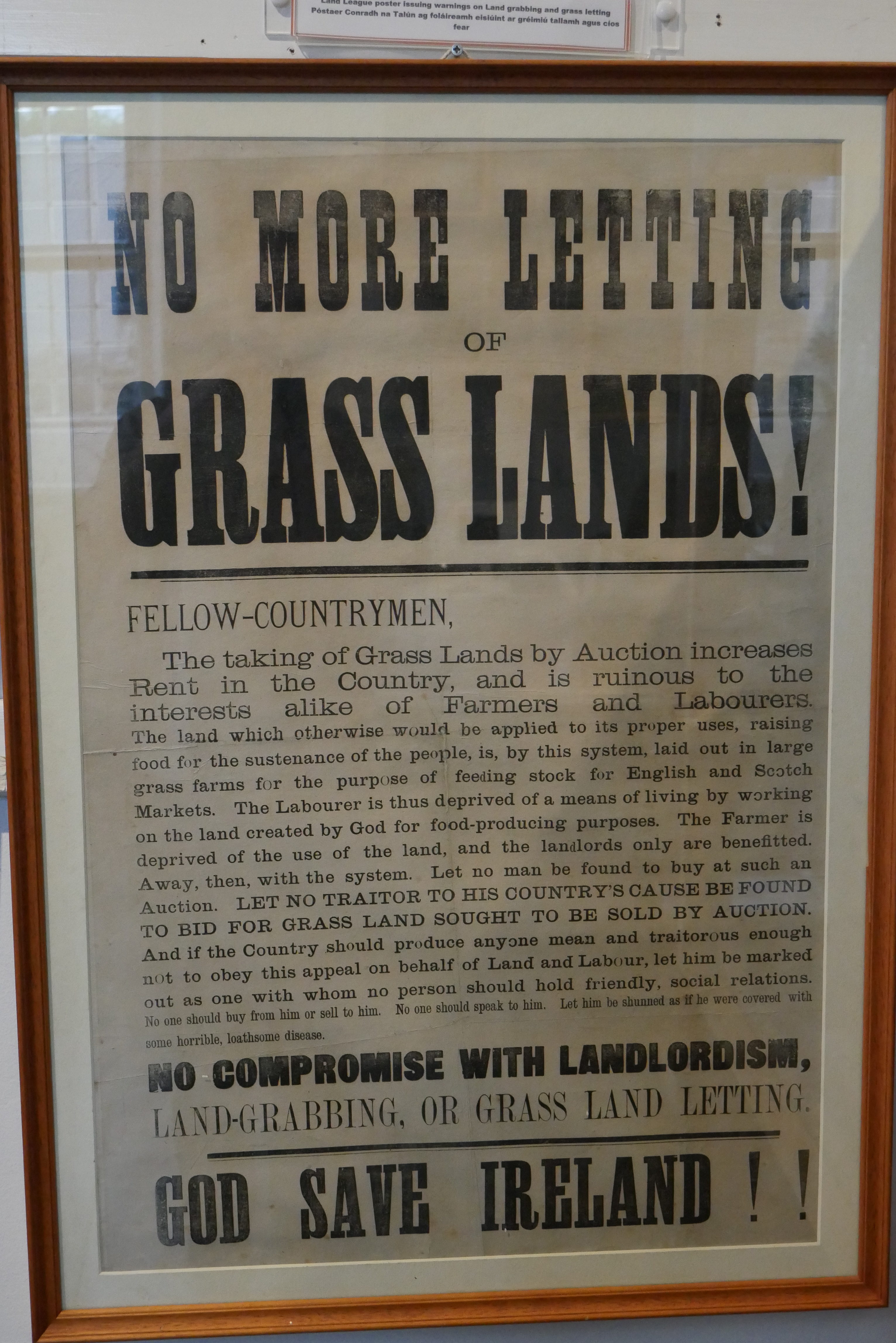 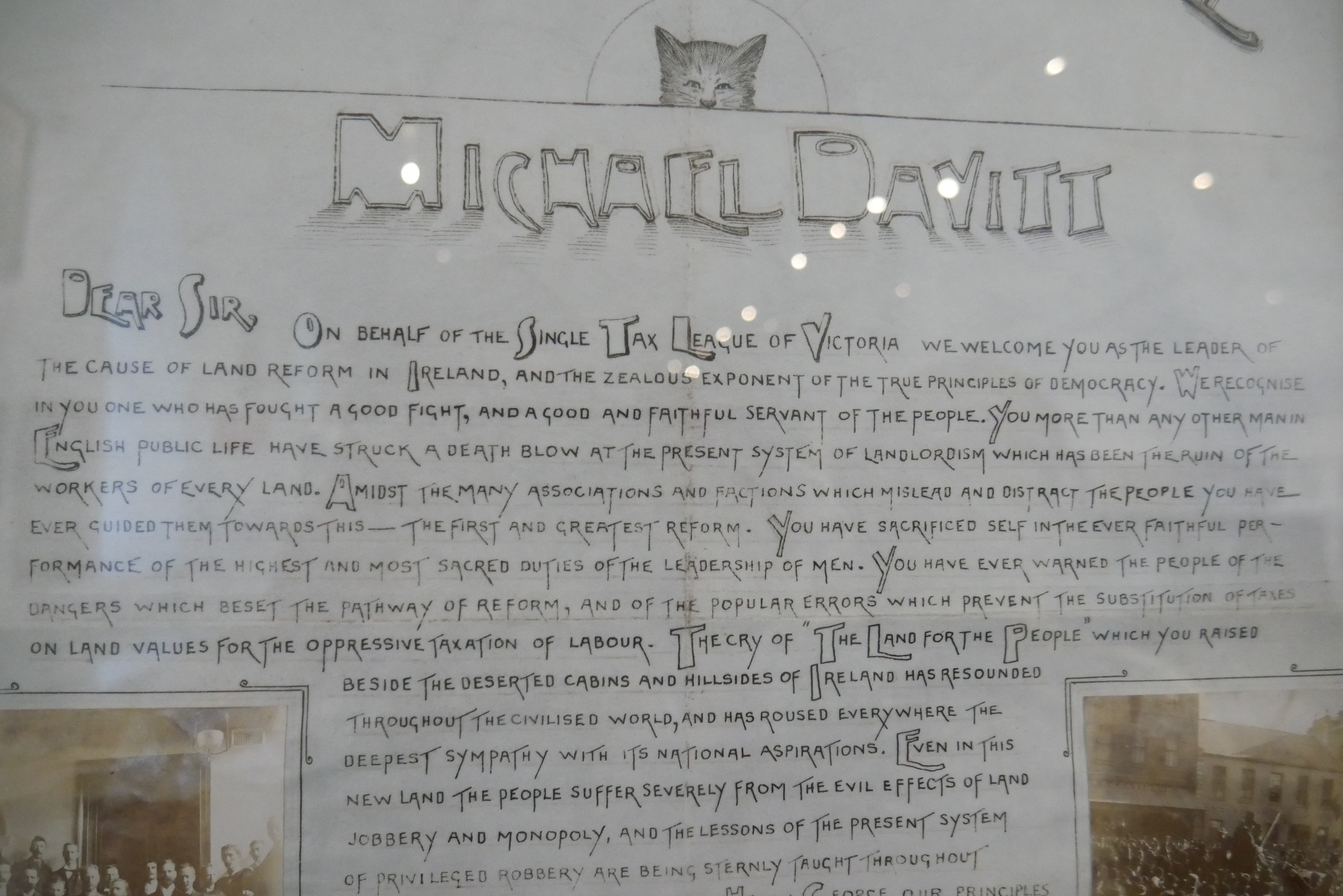 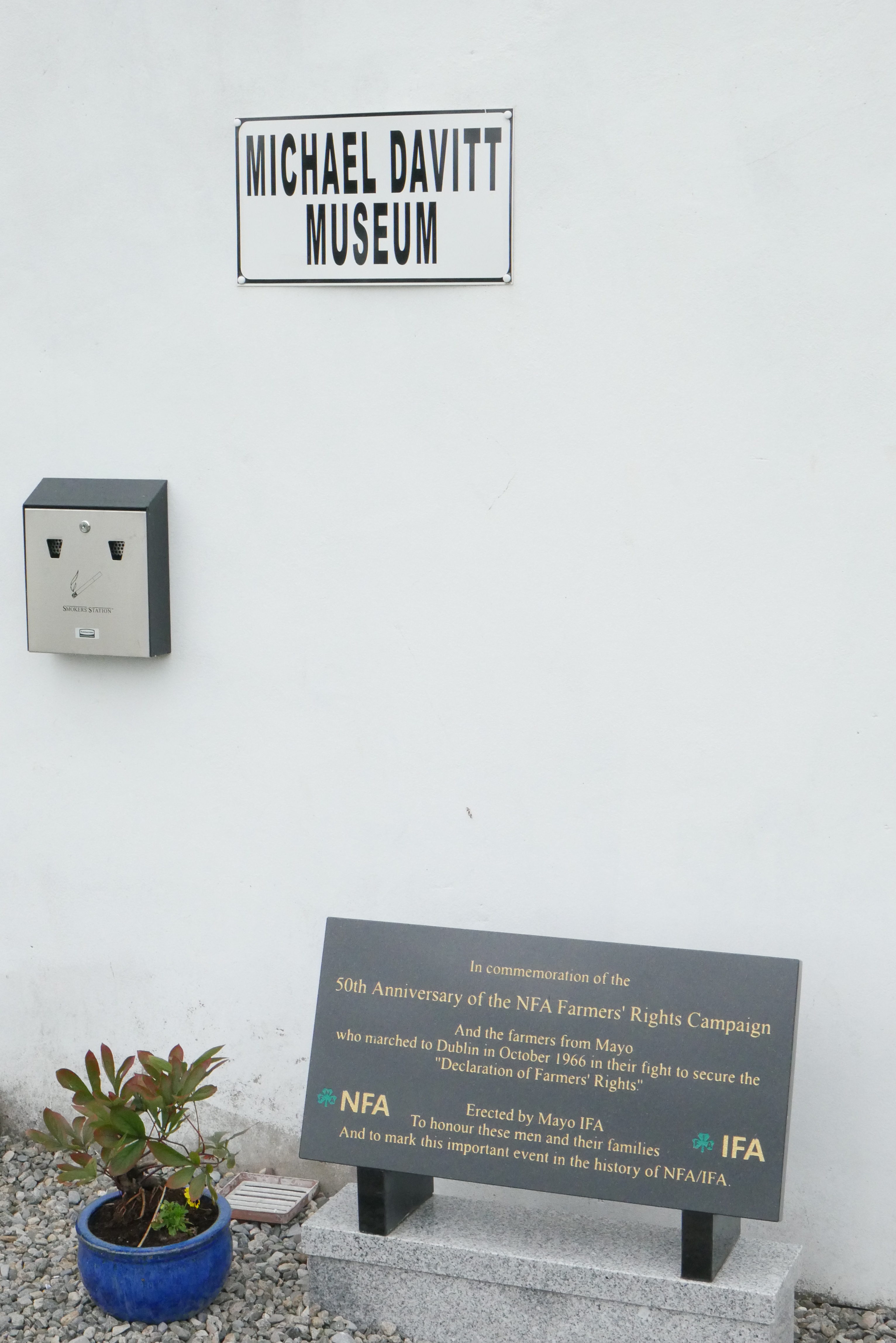 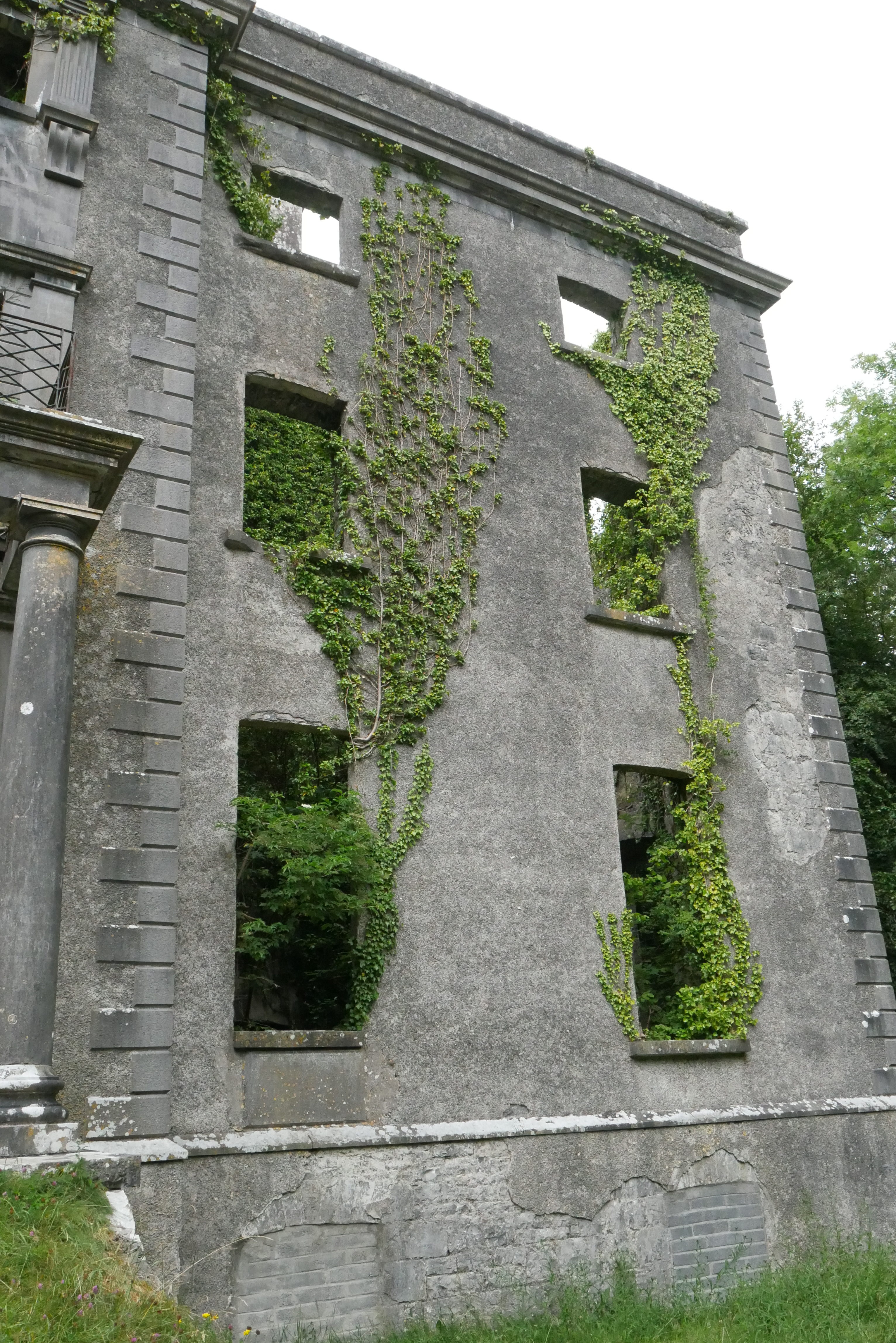 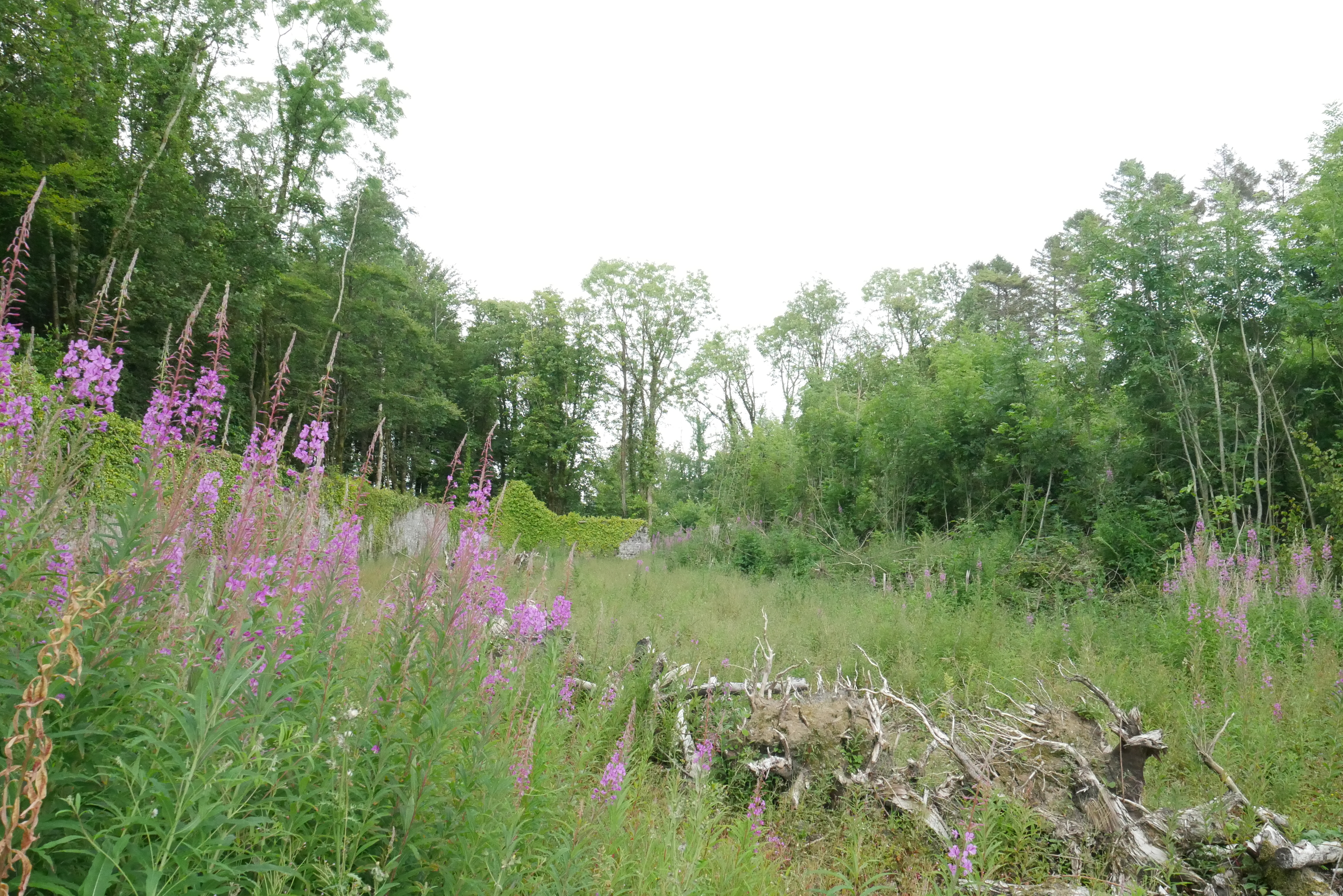 On Tuesday 16th July, we visited the Michael Davitt Museum. The Museum is a community enterprise project housed in a pre-penal Church in the beautiful village of Straide, Co. Mayo. As the curator of the museum told us as we arrived, the museum runs almost entirely off the €5 entrance fee it charges visitors (which includes a short film, coffee or tea, and a free pass to visit the Ceide fields). There were several people in and out of the museum, including the man who gave us a tour, who were keen to host us.  The feel of the place and the people – the care taken, the pride in what it stood for – was reminiscent of Group Water Schemes we have visited.

Michael Davitt is most famous for his role in establishing the Land League in the 1870s. He was a social reformer and his politics were radical, calling for an end to Landlordism and collective ownership of land. He was born in Straide but his family were evicted during the famine. They moved to Haslingden, a town just outside Manchester where there was work in the cotton mills. Like so many, Davitt and his family were victims twice – driven off the land and then forced to work under terrible conditions in the factories. Davitt started work in the cotton mills at the age of 9, working 12 hour shifts. At the age of 11 he had his right arm amputated after it was caught and mangled in a cogwheel. He didn’t receive any compensation but the owner of the cotton mill decided to pay for Davitt’s education in a local Weslyan school. Davitt learnt to read and write. In 1857 he had begun working again but by night took evening classes in the Mechanics’ Institute, and here learnt about Irish history.

Earlier in the day we visited a Group Water Scheme in Roscommon. A farmer who was passing on his tractor stopped to talk to us as he remembered when the scheme was set up in the late 1970s. We talked about the challenges facing the scheme and various issues affecting the water quality. The caretaker of the scheme said that the greatest threat was the loss of people: ‘without people you have no water scheme’. This led to a conversation about what it was that was causing the loss of people. The farmer was clear: it was Government policy favouring the expansion of big dairy farms and big forestry plantations. He also talked about everything else that was being closed – post offices, small farms, hospitals. Rural Ireland was becoming an impossible place to live. It wasn’t the first time we have heard this but it was hard not to recall it as we heard about Davitt and the Land League, particularly the campaigns to stop the expansion of grasslands for cattle.

Something we hadn’t appreciated about Davitt, or the Land League, was the extent to which they were connected to international struggles and movements of the time. Along the bottom of one of the posters was a small verse calling for solidarity between peasants, landworkers and indigenous peoples from North America to Peru to Australia. Davitt was an international figures – apparently his strategies of peaceful resistance influenced Gandhi. One side of the museum was covered with documents and artifacts illustrating the extent of Davitt’s travels and recogntion. In Australia, his visits brought tens of thousands of people out on to the streets. Some of the posters marking the events appear handmade.

Outside the Museum there is a recently installed memorial plaque to mark the events of 1966 when farmers demanded rights and marched to Dublin. We asked a man about the memorial and he told us it had been put there by the Mayo branch of the IFA and that it had been controversial. Davitt, he said, would not have supported the big farmers today who are represented by the IFA. He fought for an end to Landlordism so that collective land ownership could be instituted, ensuring a fair livelihood for tenant farmers.

After the Museum we stopped by Moore Hall on the way to a Community Catchment meeting in Partry. The old walled garden had been bare back in February when we last visited and diggers had been moving the earth in preparation for some development. It was like a different place now in mid-summer, full of purple loosestrife and bright green growth. The scene was hopeful.