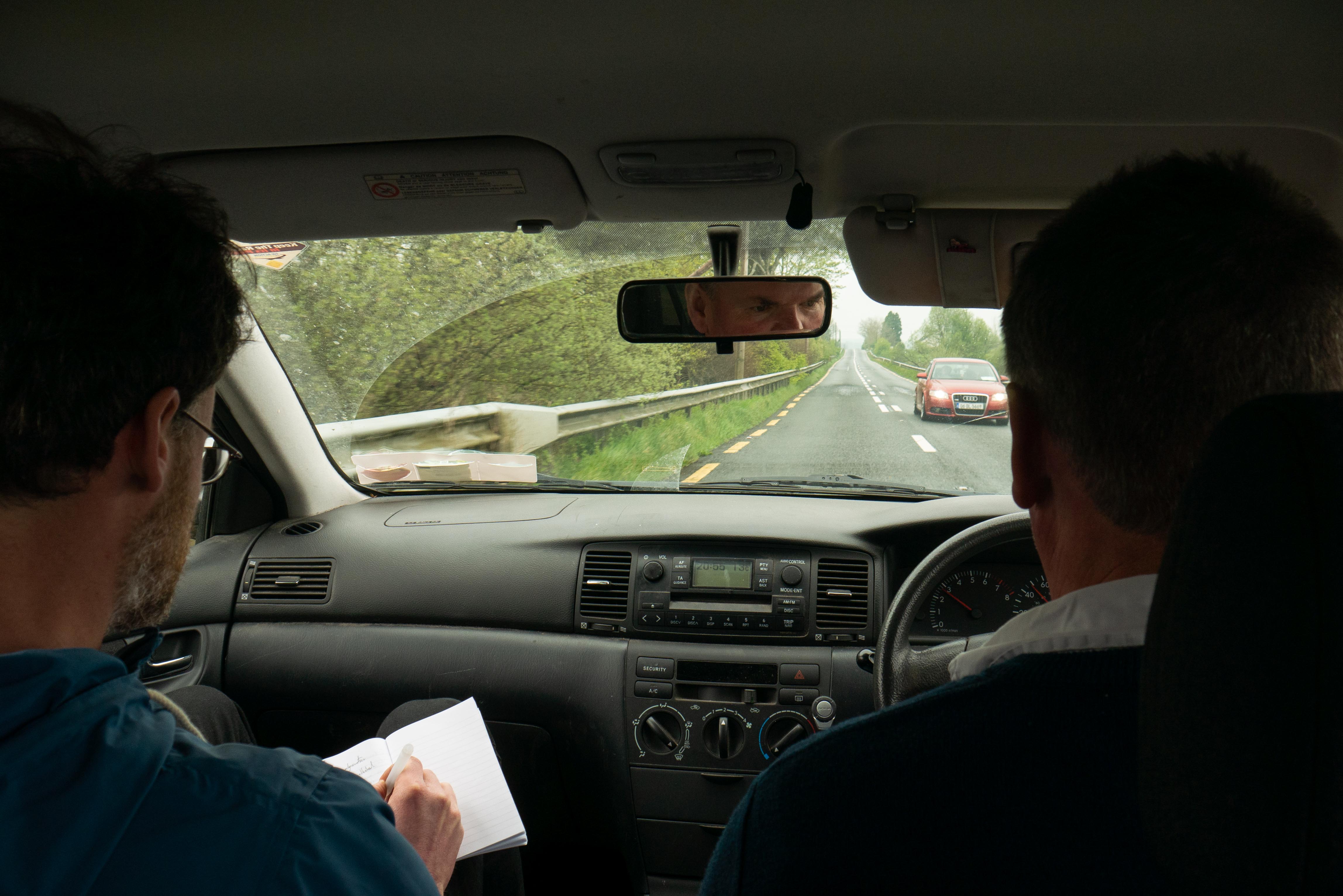 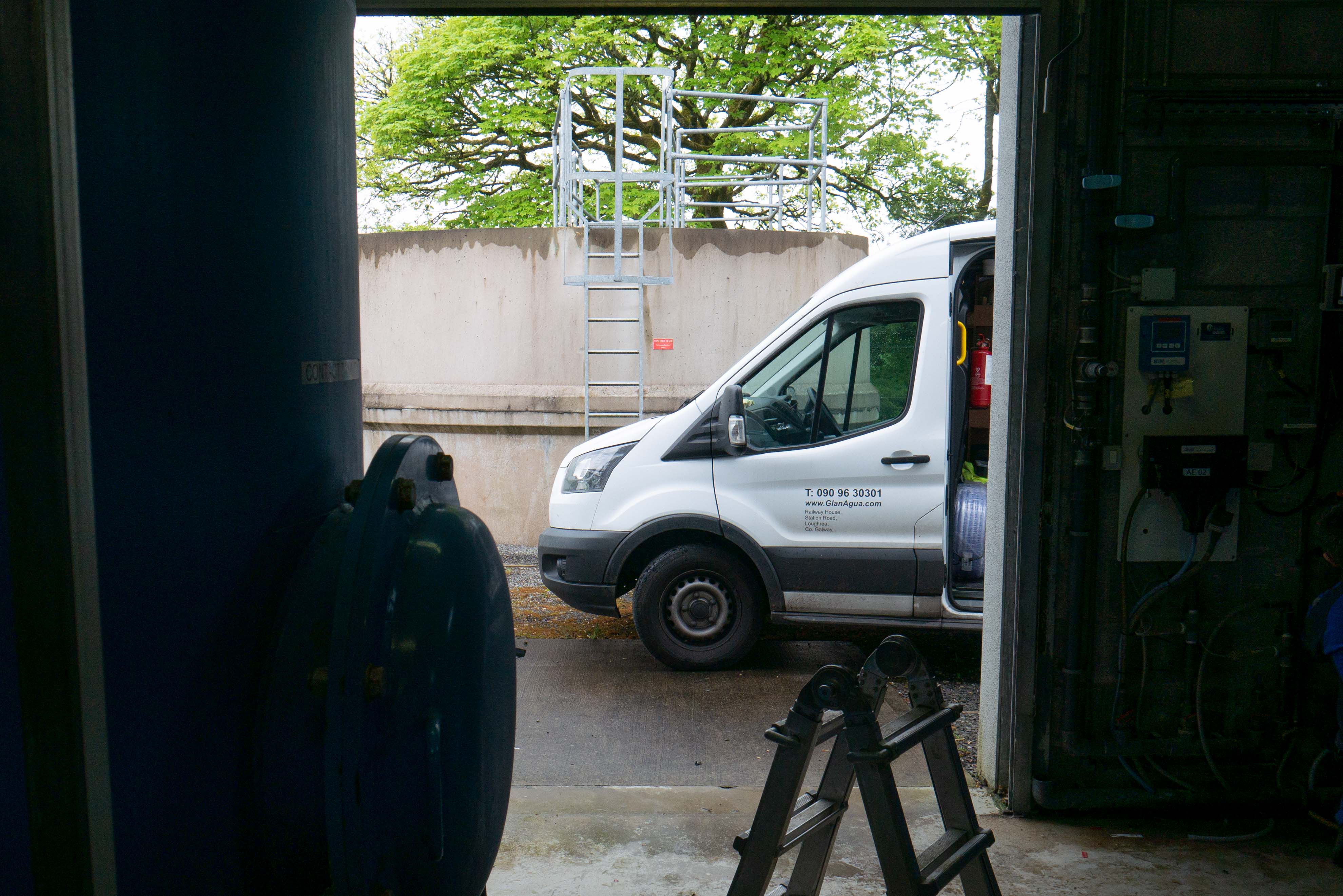 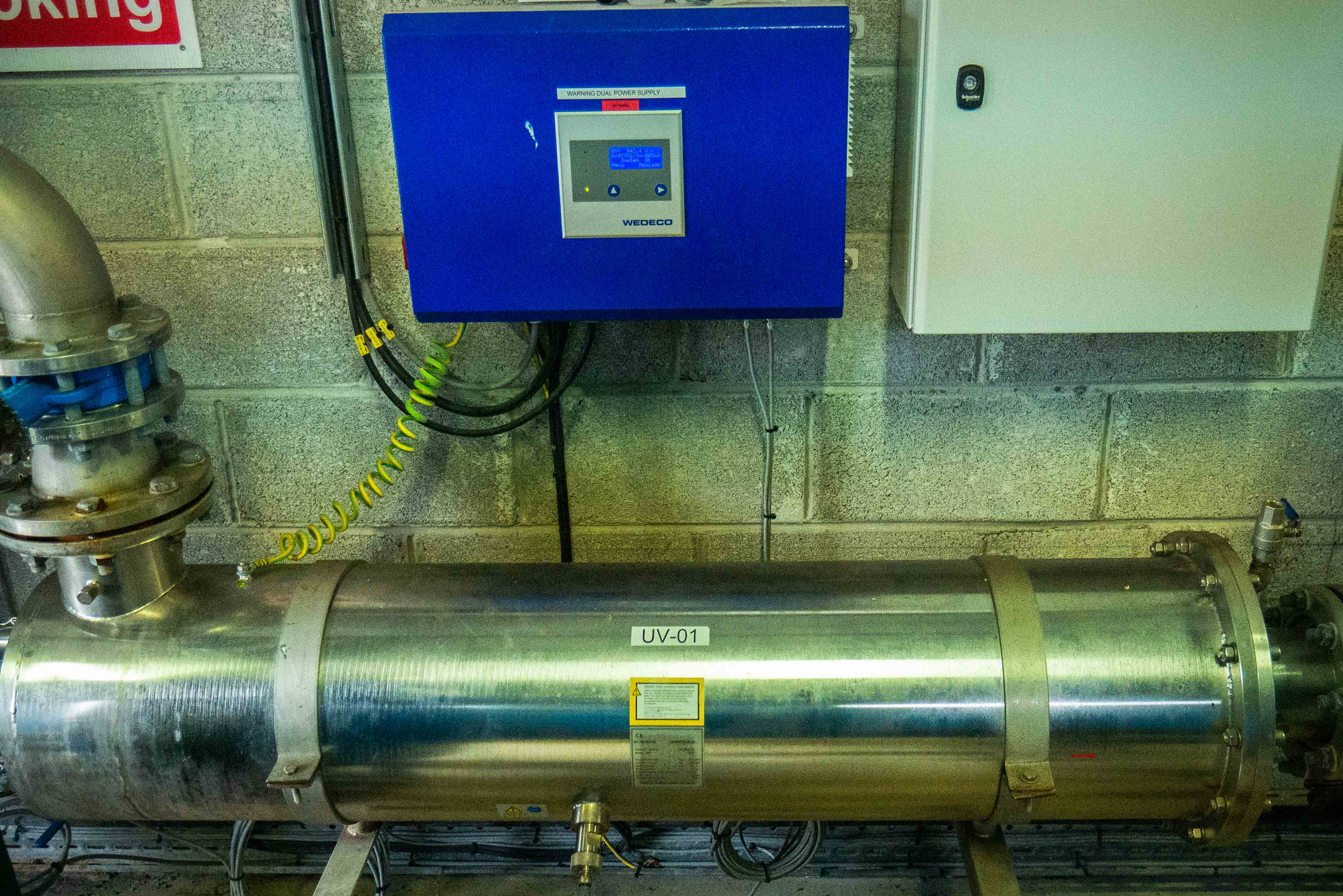 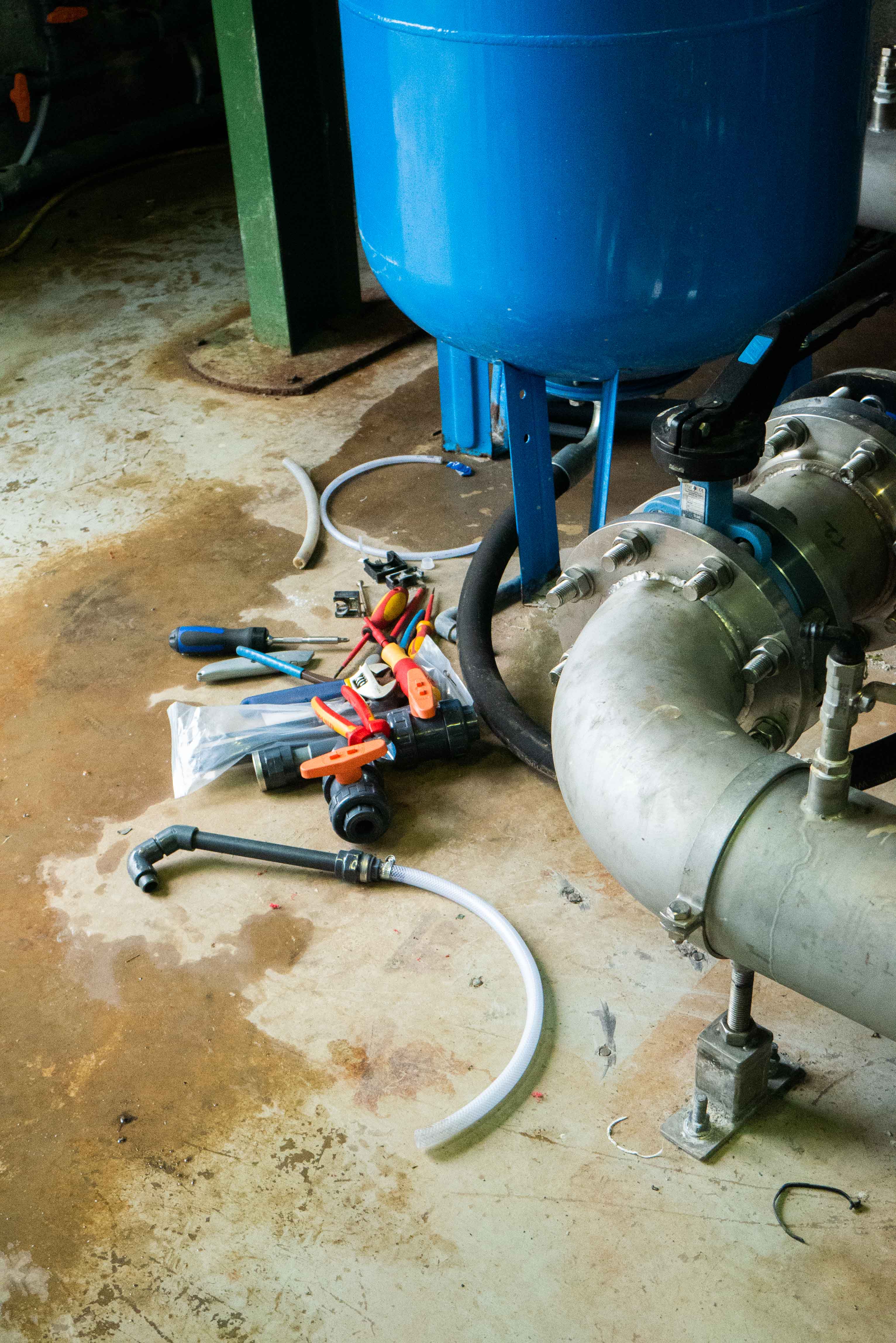 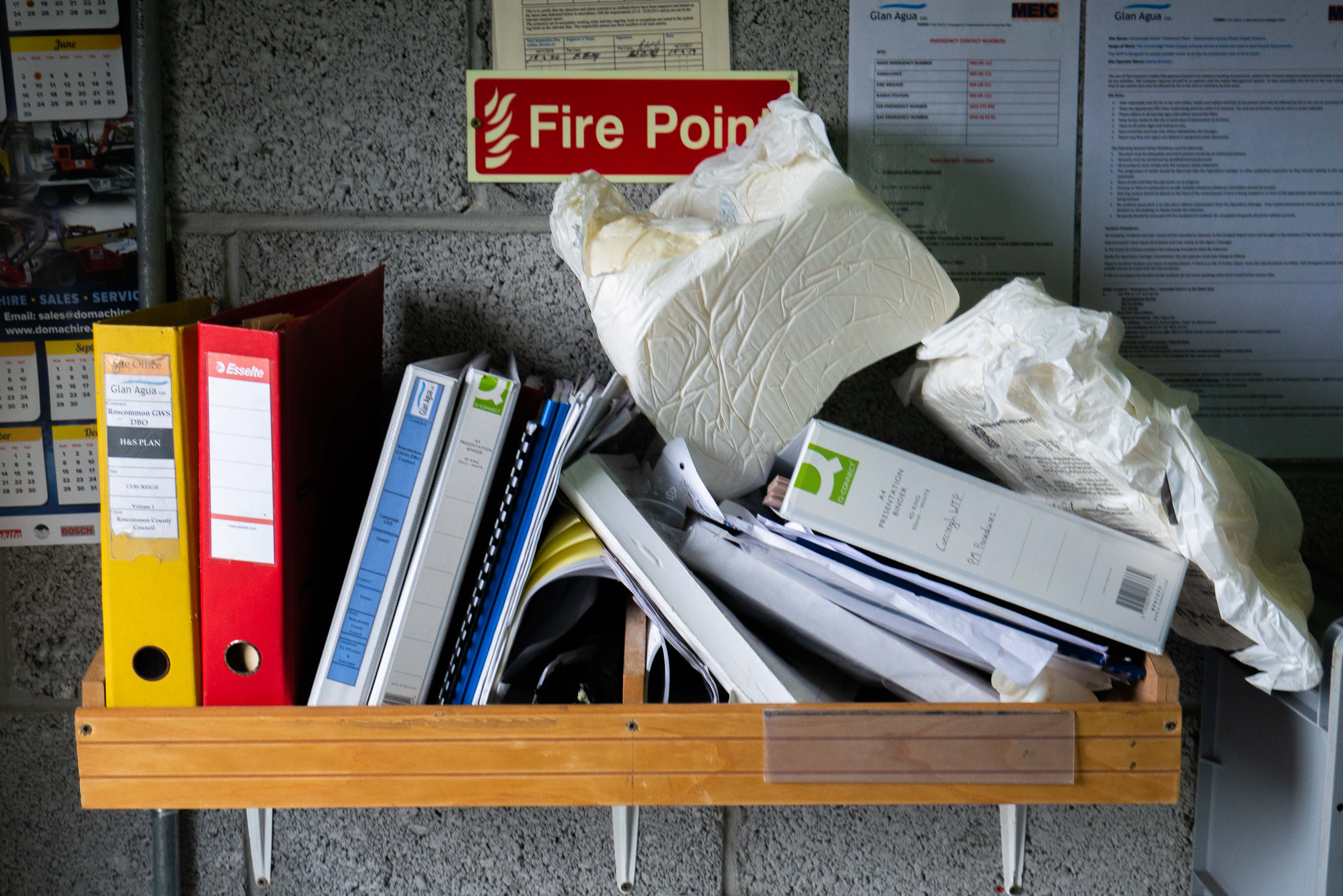 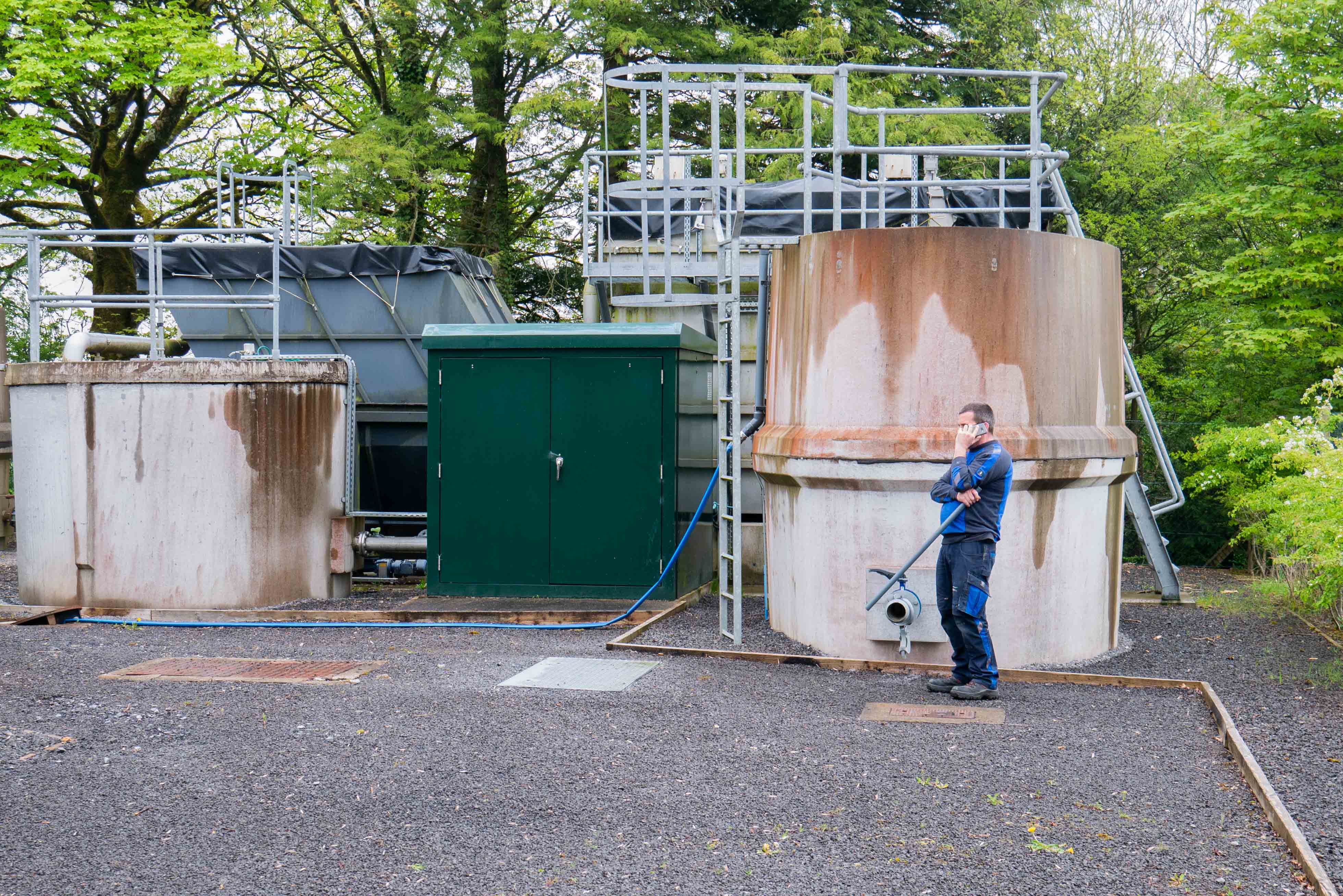 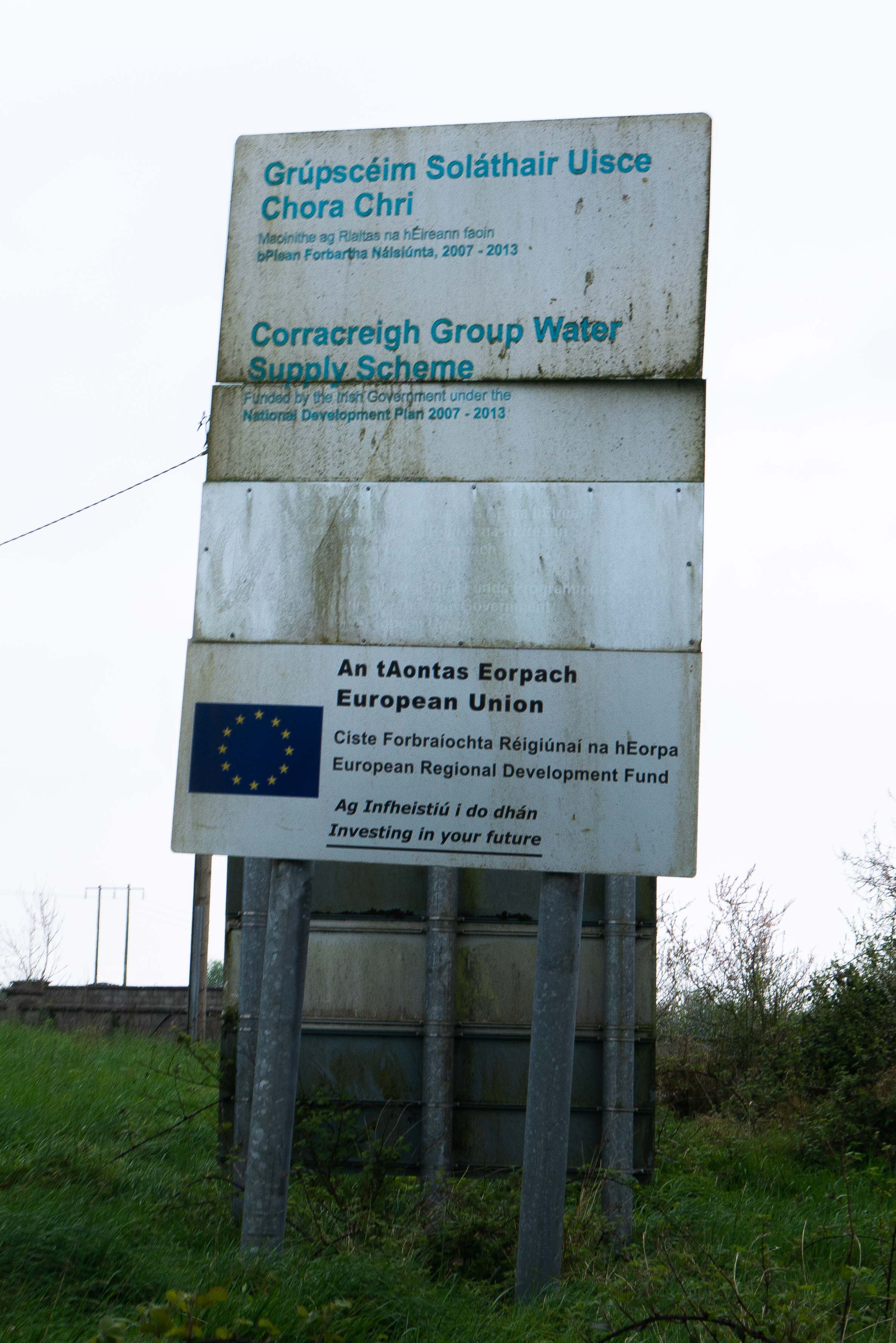 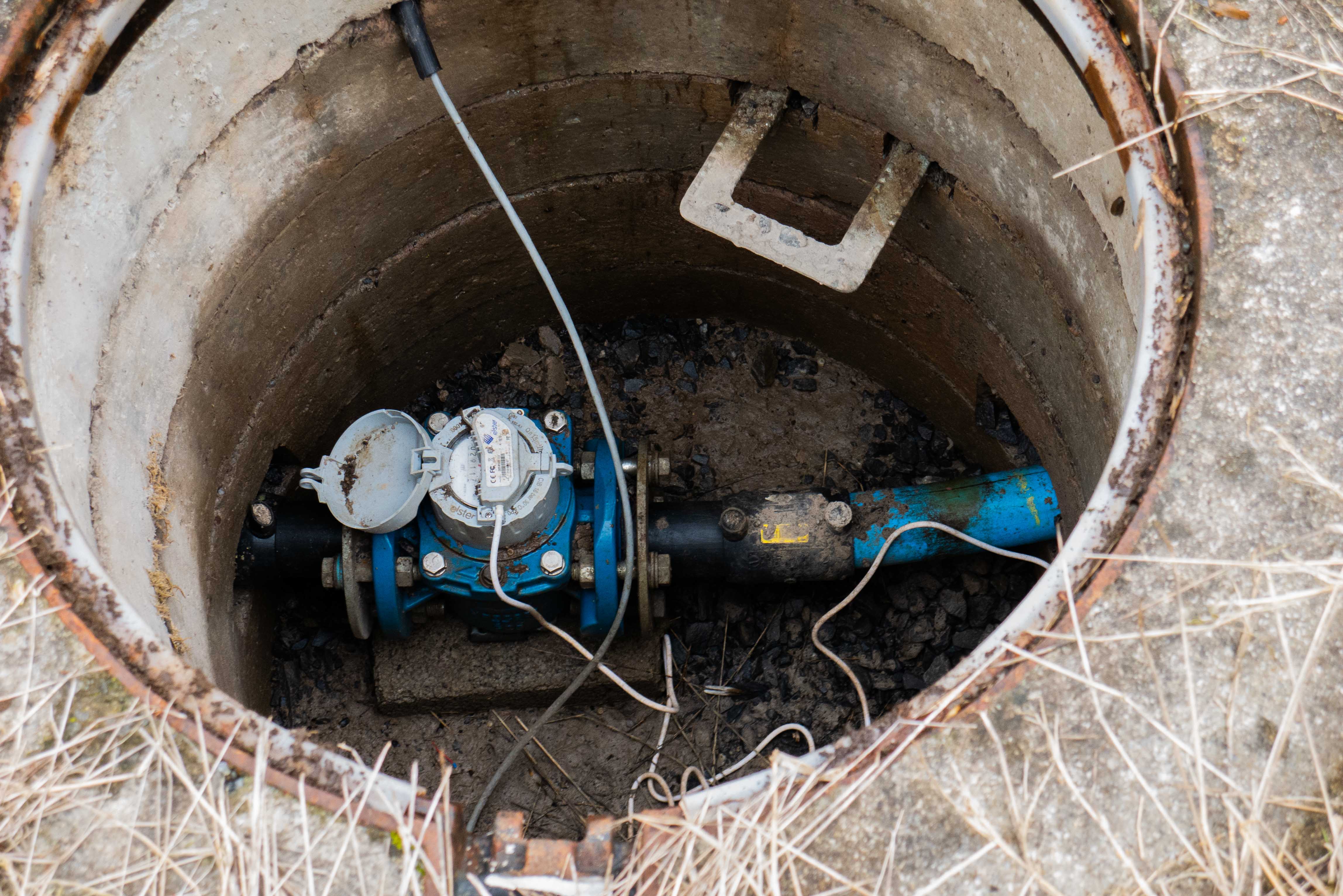 After exploring Mayo in the morning in late April, we drove to Roscommon to visit the Corracreigh GWS, one of the group water schemes participating in the groundwater protection pilot in Roscommon, lead by the GSI and the NFGWS. With its manager, we visited different parts of the GWS — the treatment plant, the pump house, the reservoir — which are all distributed across the landscape. The Corracreigh GWS is another example of a DBO scheme. Originally four different schemes: Rathcroghan, Clooney Quinn, Drinan, and Anamore. In the early 2000s, these four schemes were all on boil water notices and so under the direction of the Department they decided to amalgamate. The source chosen was Cloooney Quinn because it was fed by 7 springs and “in good weather you could drink it without treating it”. The sources for the other three schemes were lakes and were all polluted. In order to amalgamate they had to establish a cooperative with a board of 12 members, 3 from each scheme. There were no issues with the amalgamation, according to the manager, as all four schemes wanted quality water for their communities.

Corracreigh GWS now supplies water to about 300 connections and underwent its DBO in 2006. Like other DBOs in Roscommon, the scheme includes UV treatment to address the issue of cryptosporidium in the area and the impossibility of removing cryptosporidium from the groundwater supply due to the karst geology in the area. Metering was also part of the amalgamation/upgrade, which has made a big difference to water usage on the scheme. The amount of water used by one of the schemes (Rathcroghan) before metering is now the same as the amount used by all four schemes. This progress can’t be separated from the parallel work undertaken to replace and repair the network, nor the particular ways that water leakages are detected and addressed. The manager told us that he gets a read out every day on water use. If he sees a spike in use he can locate it based on the bulk water meter (about 30 connections per meter). He then texts people who he knows living or working in that area to keep an eye out for obvious signs of water leaks or outdoor taps and hoses that have been accidentally left on. If the spike isn’t fixed within 24 hours he sends the caretaker down to take a look, but usually it is fixed – here is a great example of how people become part of infrastructure and its maintenance.

We went with the manager to see the source of their water – a swallow hole that is well disguised from the road (that we had previously visited in October). Geologists from the GSI put red dye into the swallow hole and it appeared within 2 hours, 5 miles away. Everyone had been surprised at how fast it had moved and where it had appeared. They had known something about the karst geology and the risks it posed for the quality of water but the work of the GSI has really helped sharpen that understanding. Coincidentally, the farmer who owns the field where the swallow hole is located is on the Board of the Corracreigh GWS. While this helps, no one is sure what can really be done to protect the groundwater from contamination.