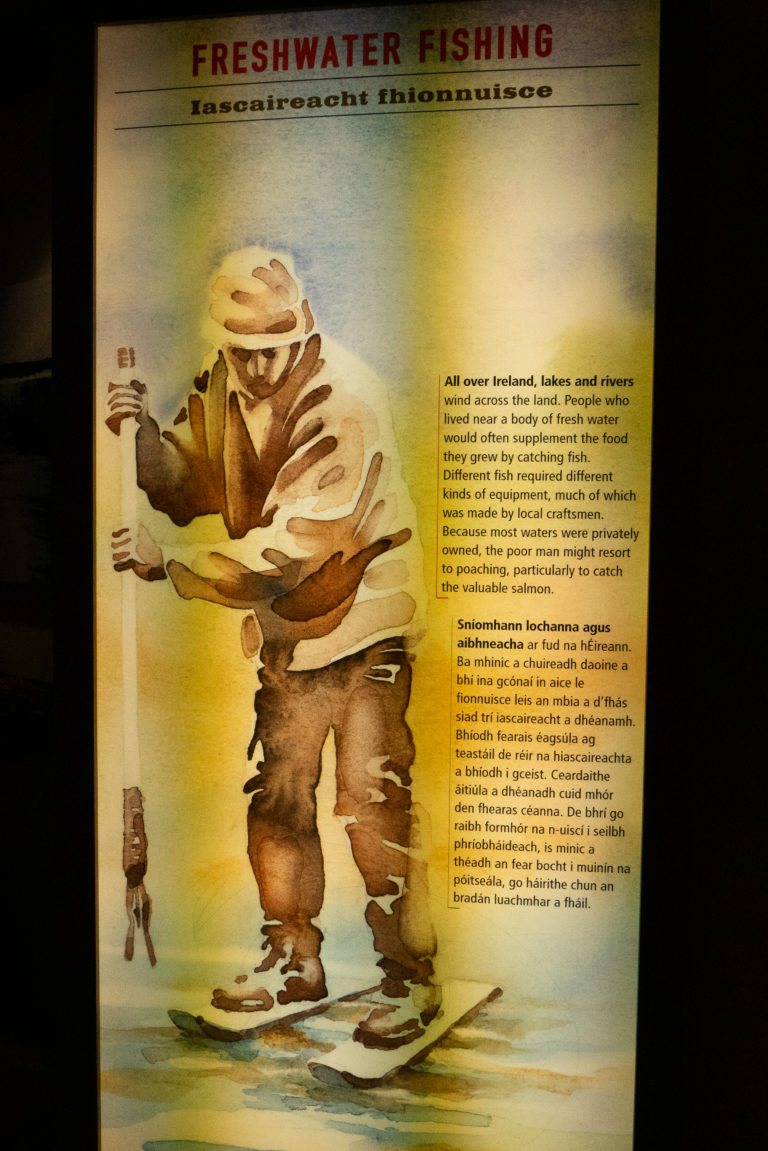 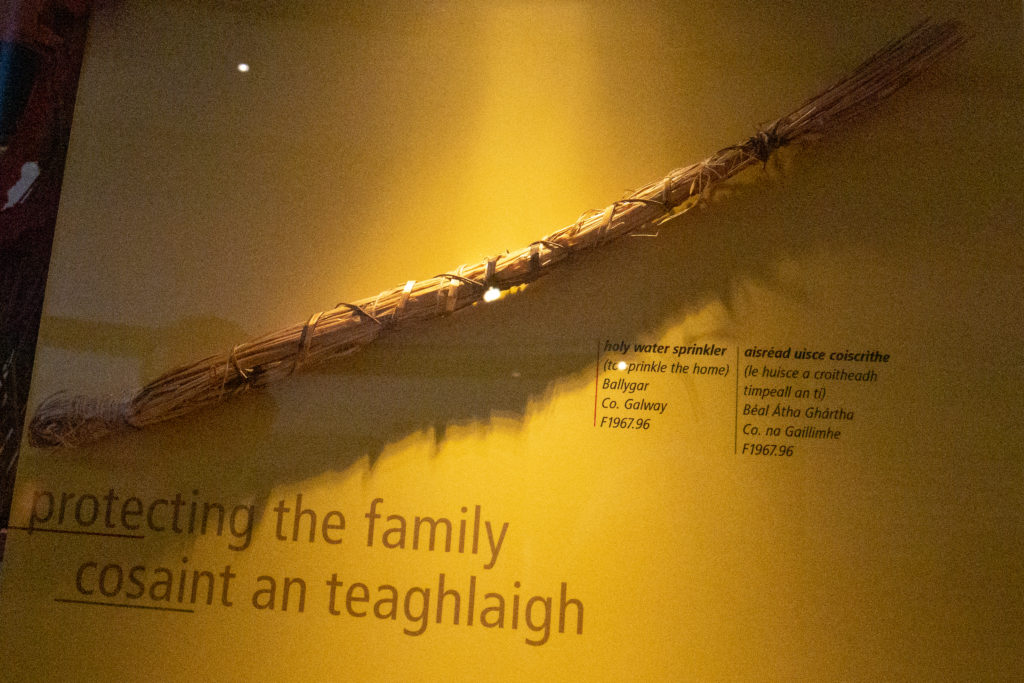 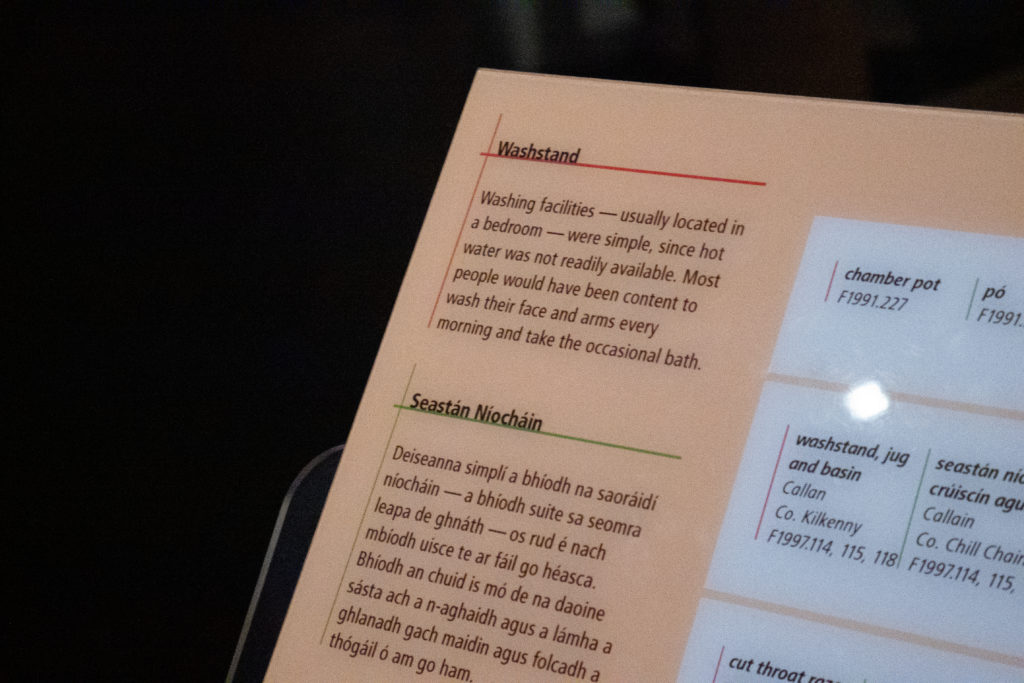 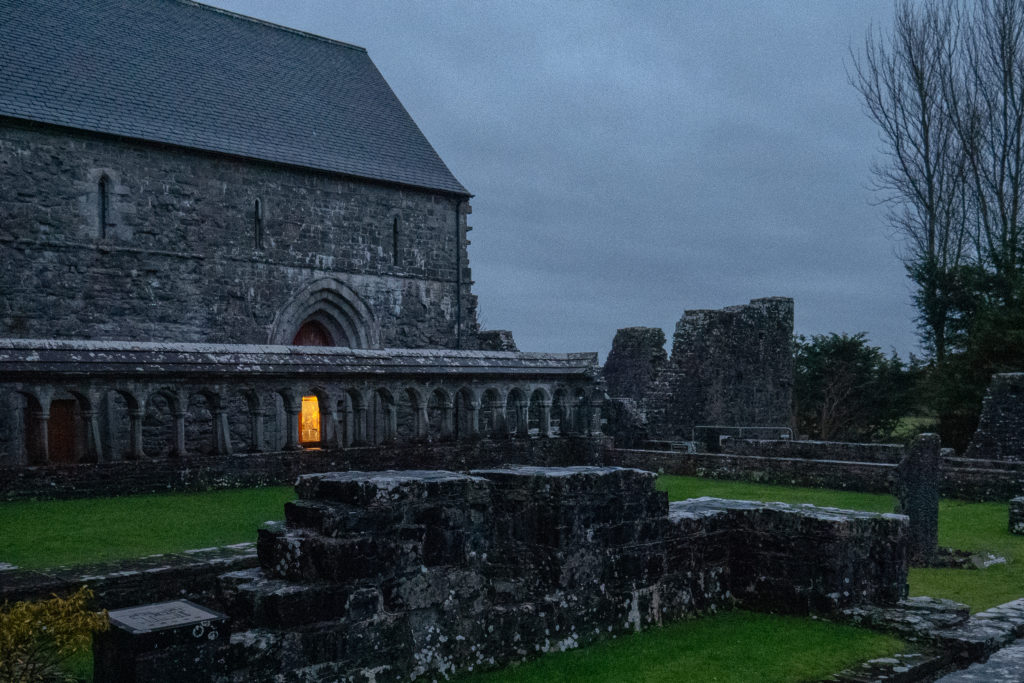 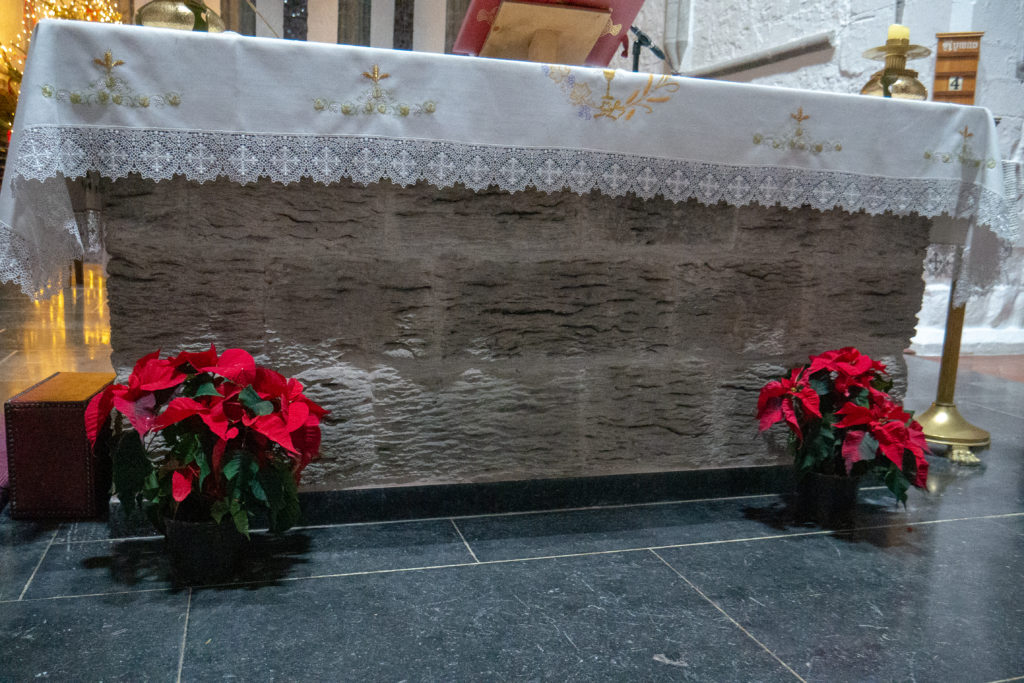 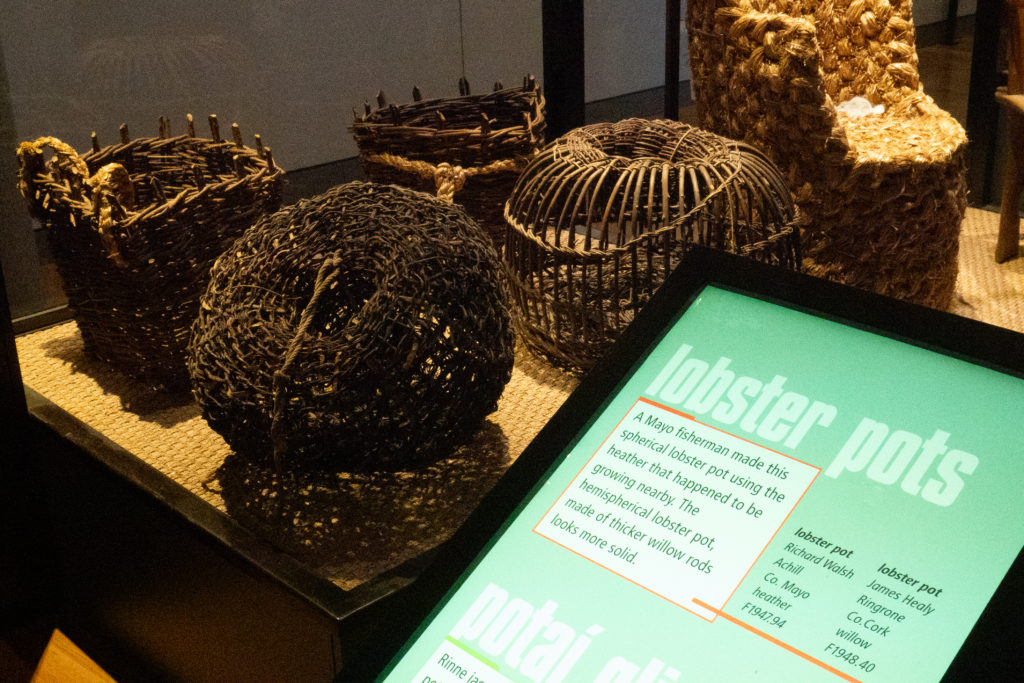 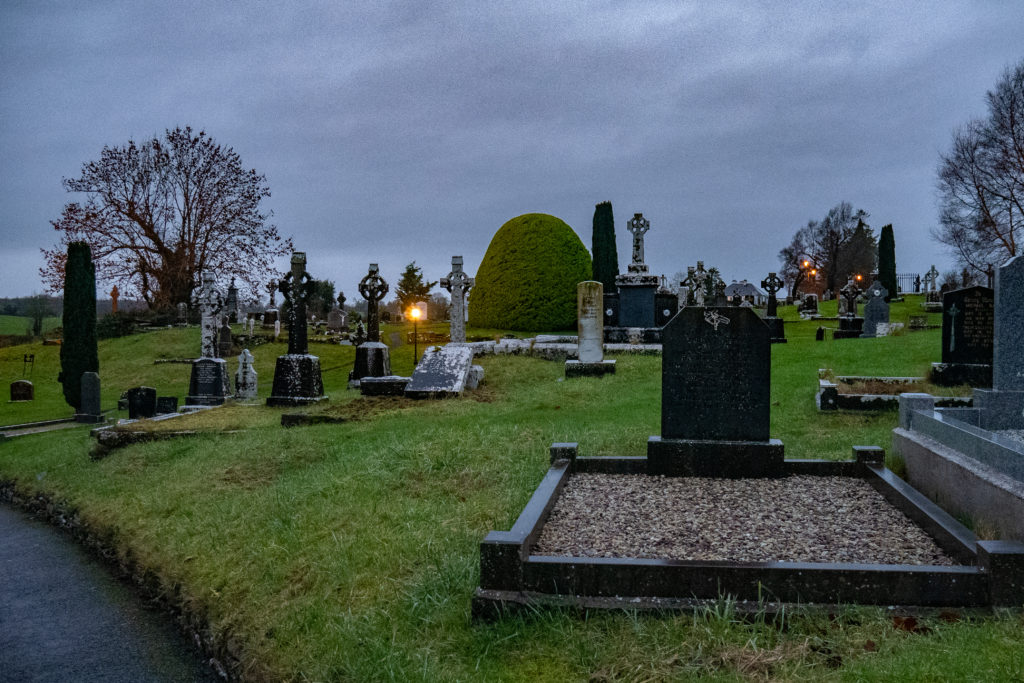 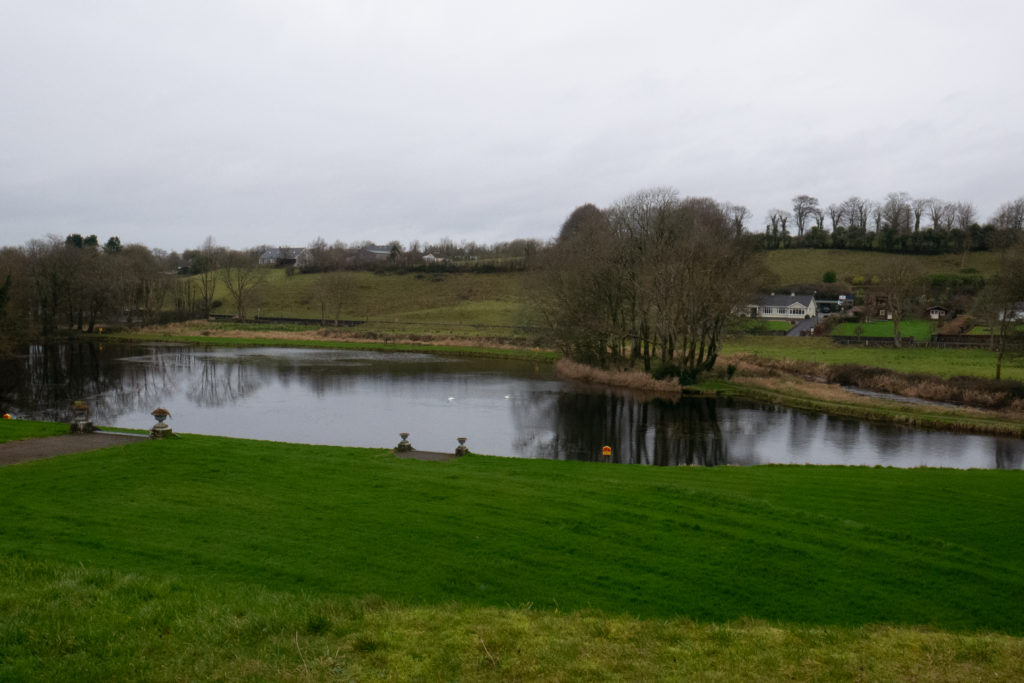 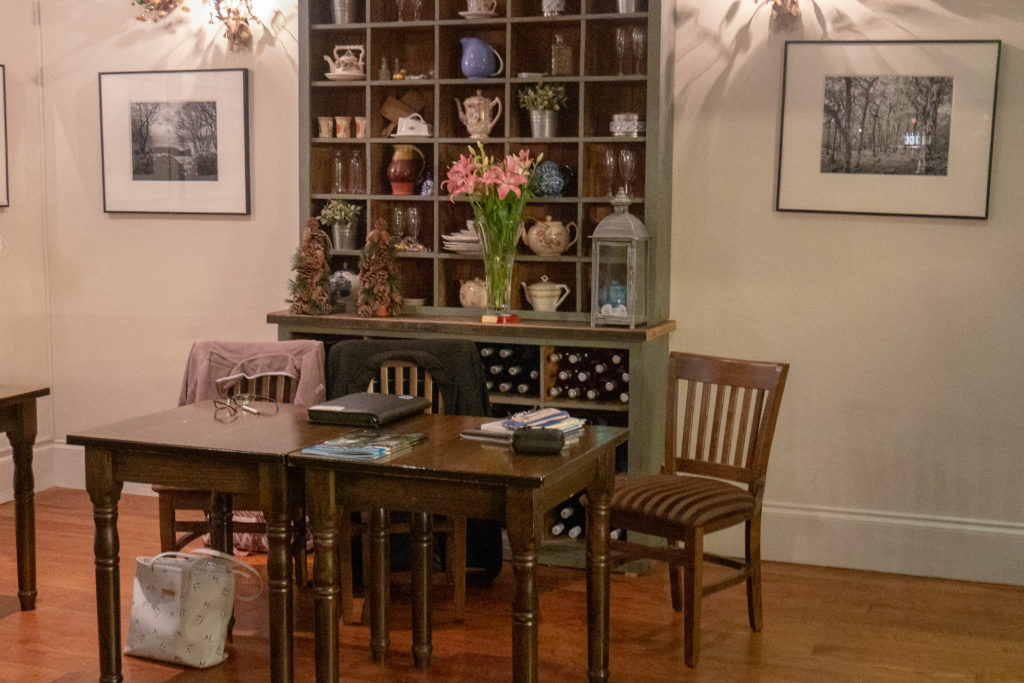 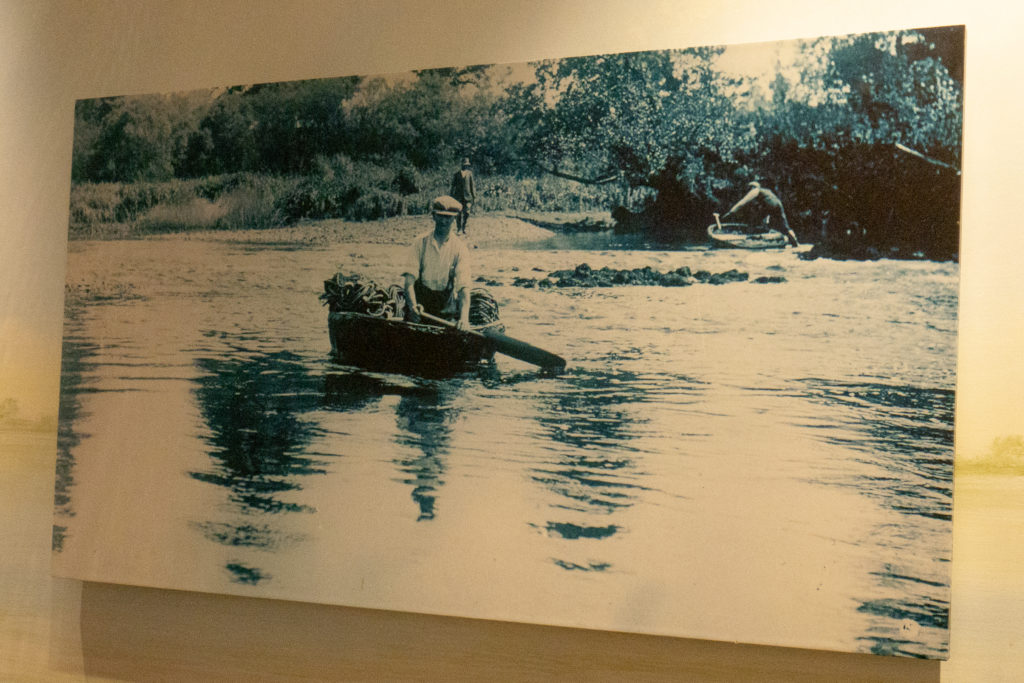 On our trip to Co. Mayo in December, we took some time to explore the area and local points of interest. We went to the National Museum for Country Life, whose exhibits noted the stark regional differences across rural Ireland’s development, and detailed many of the economic practices undertaken in rural areas. However, discussion of water and water infrastructure in rural Ireland’s history was sparse. We briefly explored the grounds around the museum, Turlough Park, a place aptly named for its karst feature.

We went on to Ballintubber Abbey, which has its own interesting relationship to Lough Carra. Although once “the Abbey by the Lake,” Lough Carra’s shores no longer are adjacent to the structure, now nearly a mile away since water was diverted to a channel built between Lough Mask and Lough Carra. However, stone from the lake has been incorporated into features inside and outside the Abbey. That evening, we went across the street from the Abbey to attend the December meeting of the Lough Carra Catchment Association and hear updates about the activities the group is undertaking.

Fieldwork, Mayo
The many mysteries of karst
Co. Mayo 12.12.2018
We use cookies to generate data about how you use the website.Ok