We often encounter ruins around Lough Carra that offer traces of the lake’s layered histories. This trip was no exception. As we travelled northward, we happened upon Burriscarra Abbey, the 14/15th-century ruins of an Augustinian Friary. The marl lake is visible from the Abbey’s grounds and adjacent graves. Activities on farms are audible in the distance. Like many of these scenes, being at Burriscarra Abbey blends the different histories and timescales that Lough Carra embodies. These sites have important meaning to people’s attachments to the lake and the area. Moore Hall, a more contemporary ruin, is another significant site on the lake that Mayo County Council has recently purchased and plans to restore. Later that evening at the Carnacon Community Centre, where the Lough Carra Catchment Association Meeting was held, we saw several displays on the structure’s history, including old photographs, drawings, and maps. 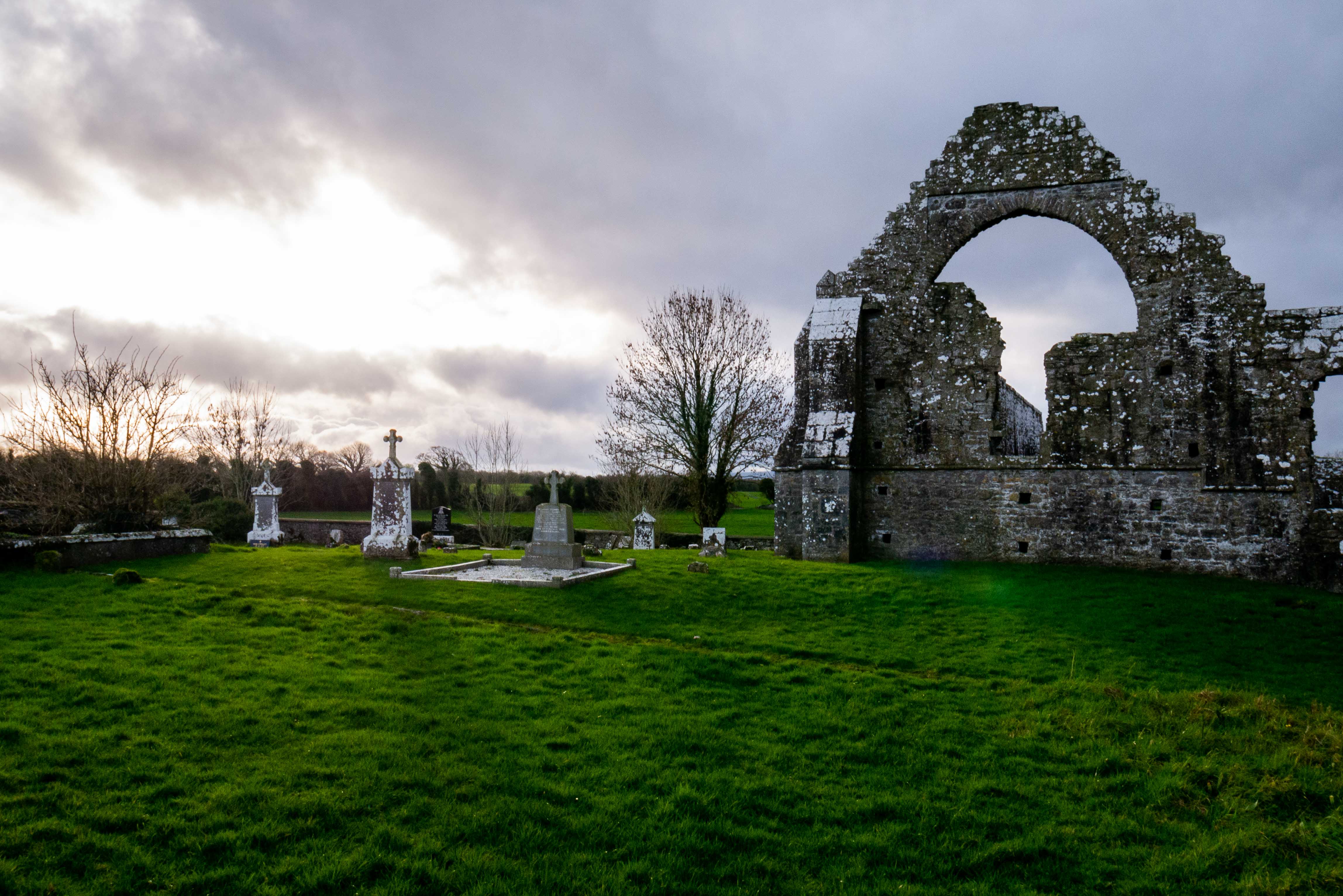 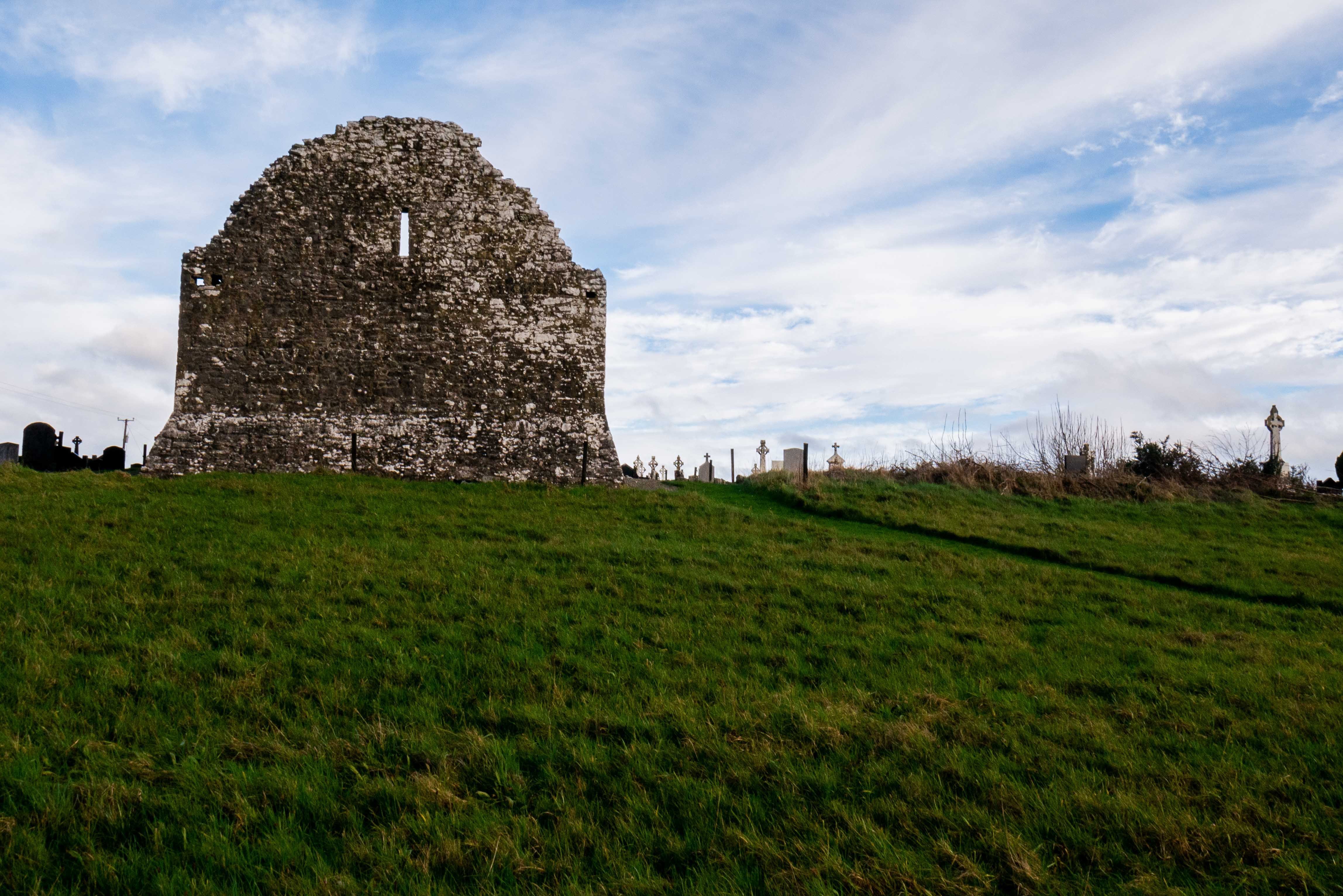 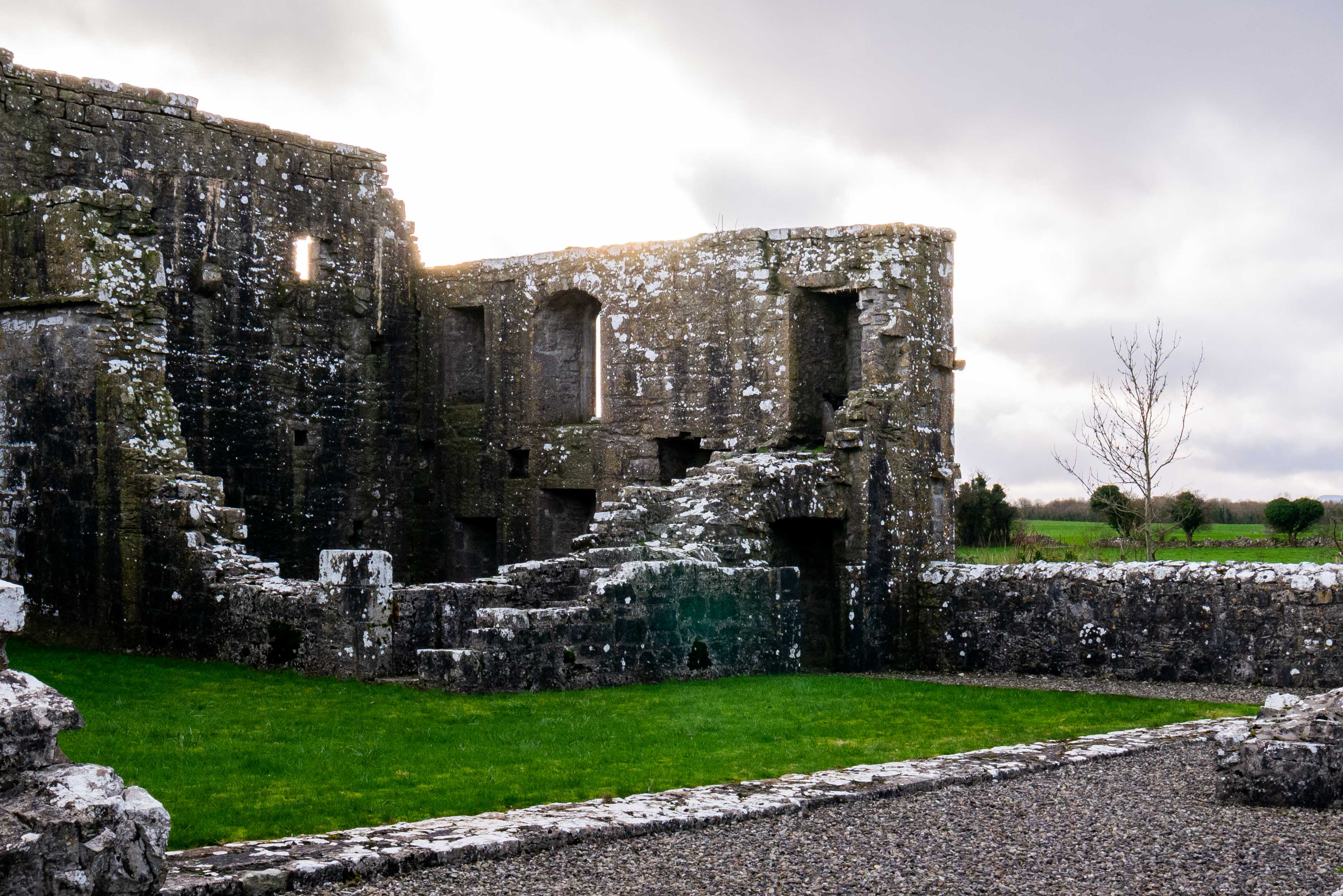 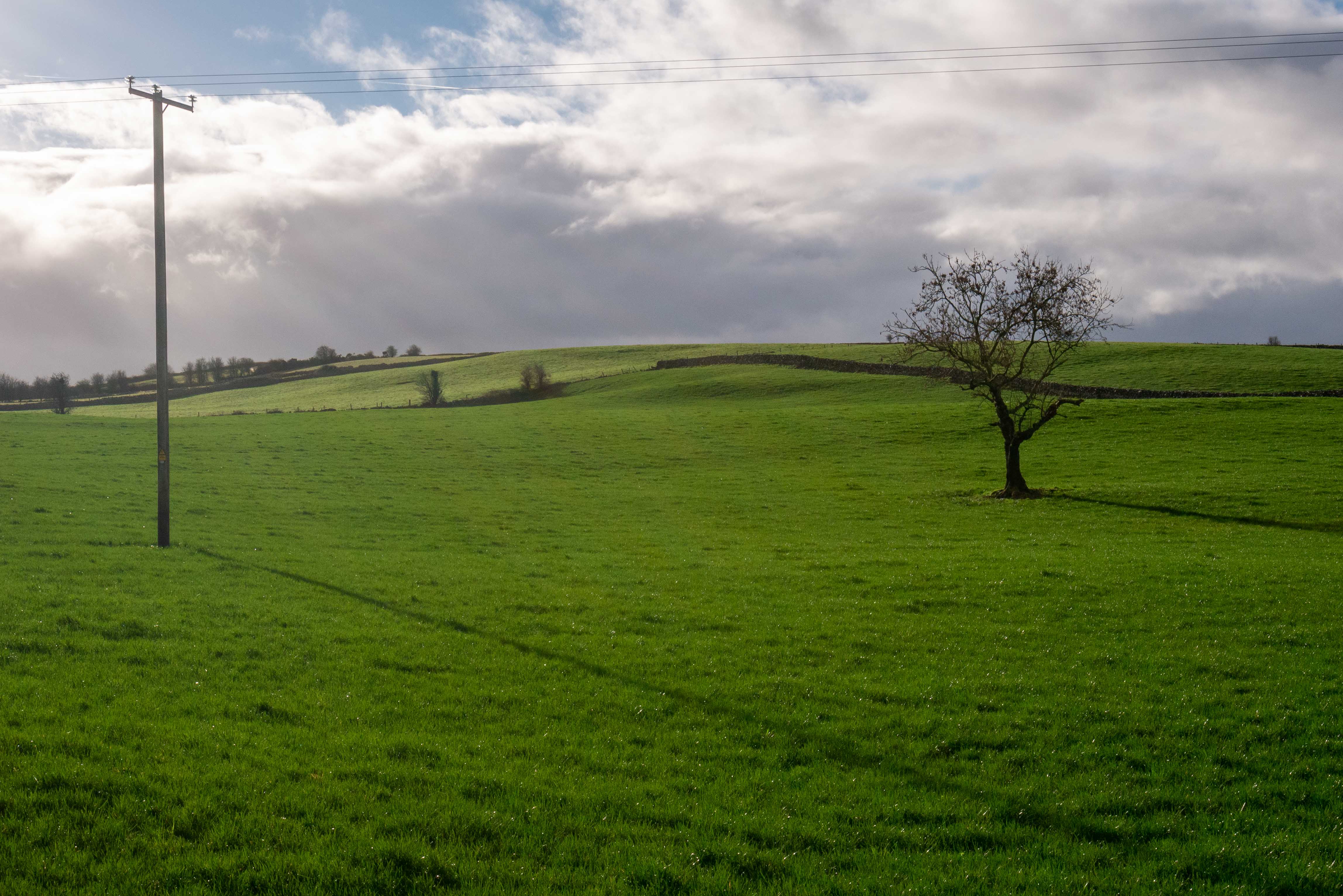 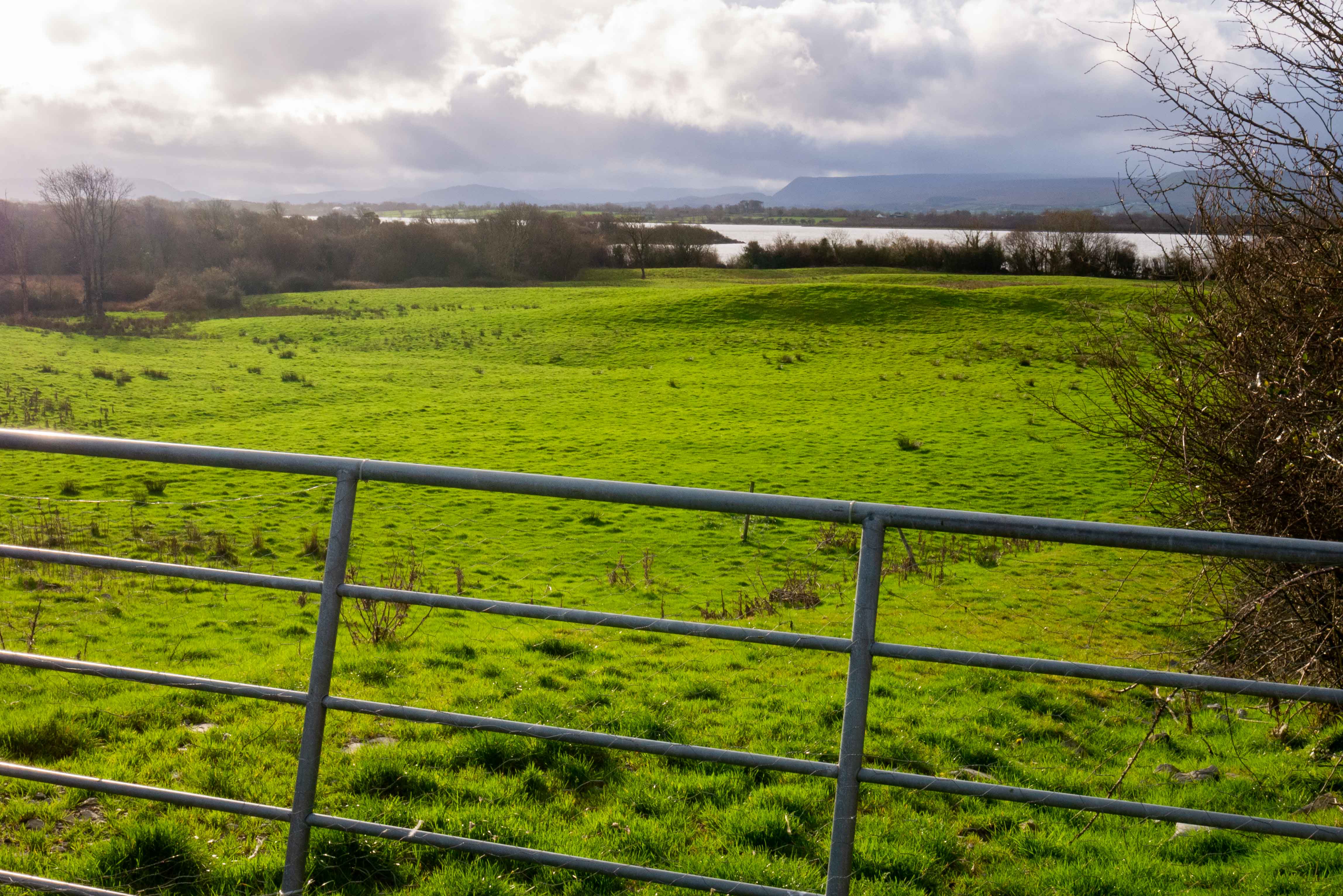 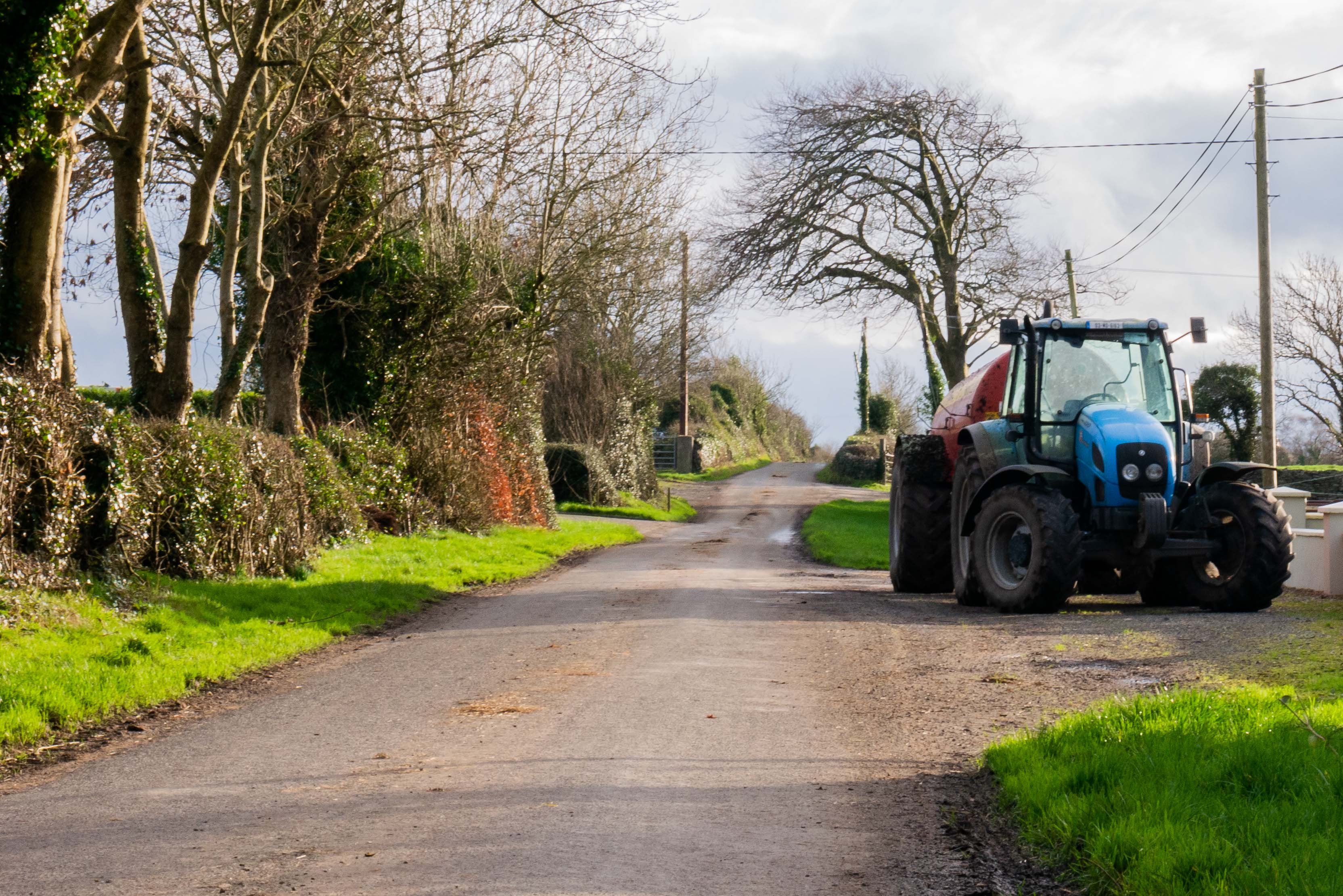 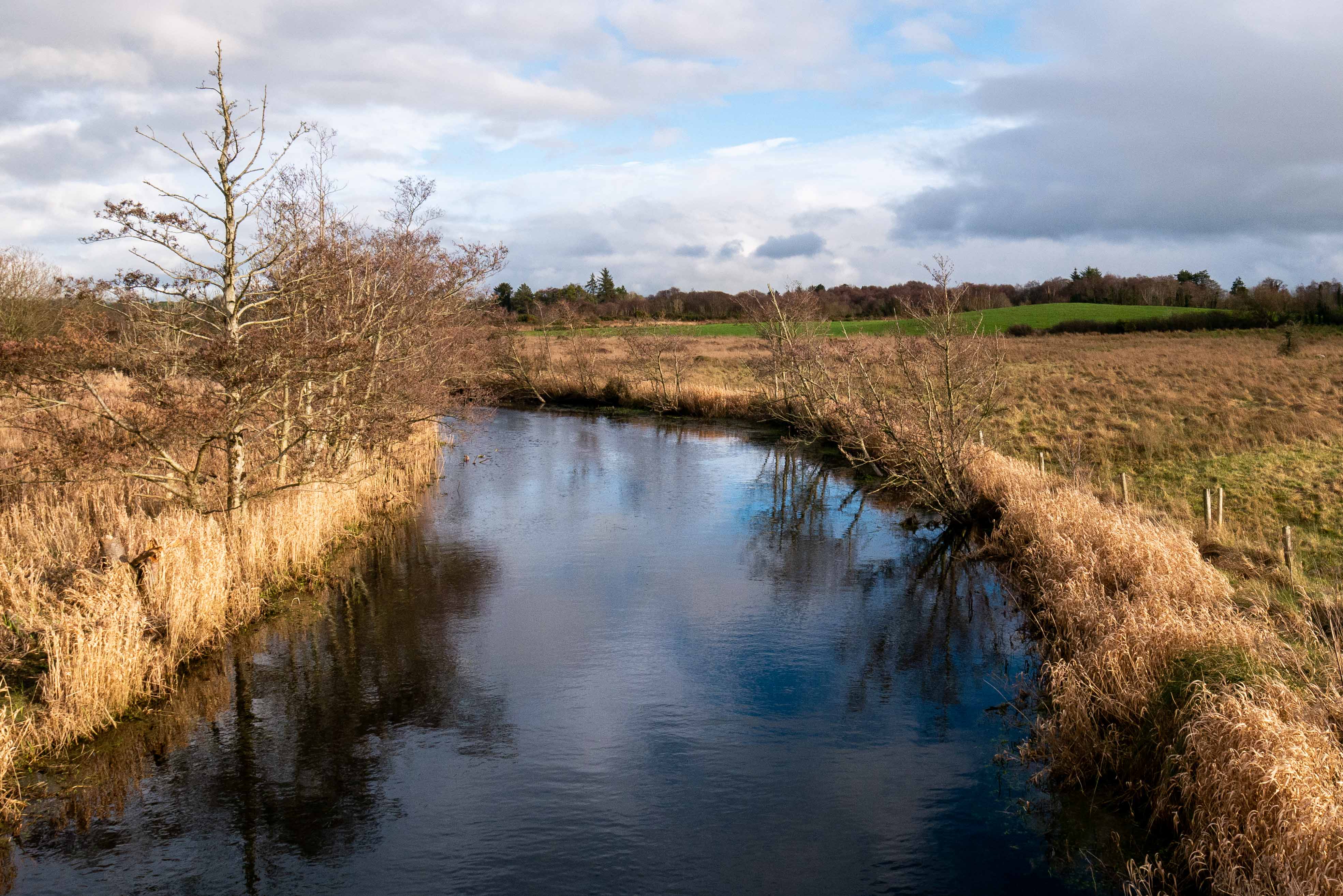 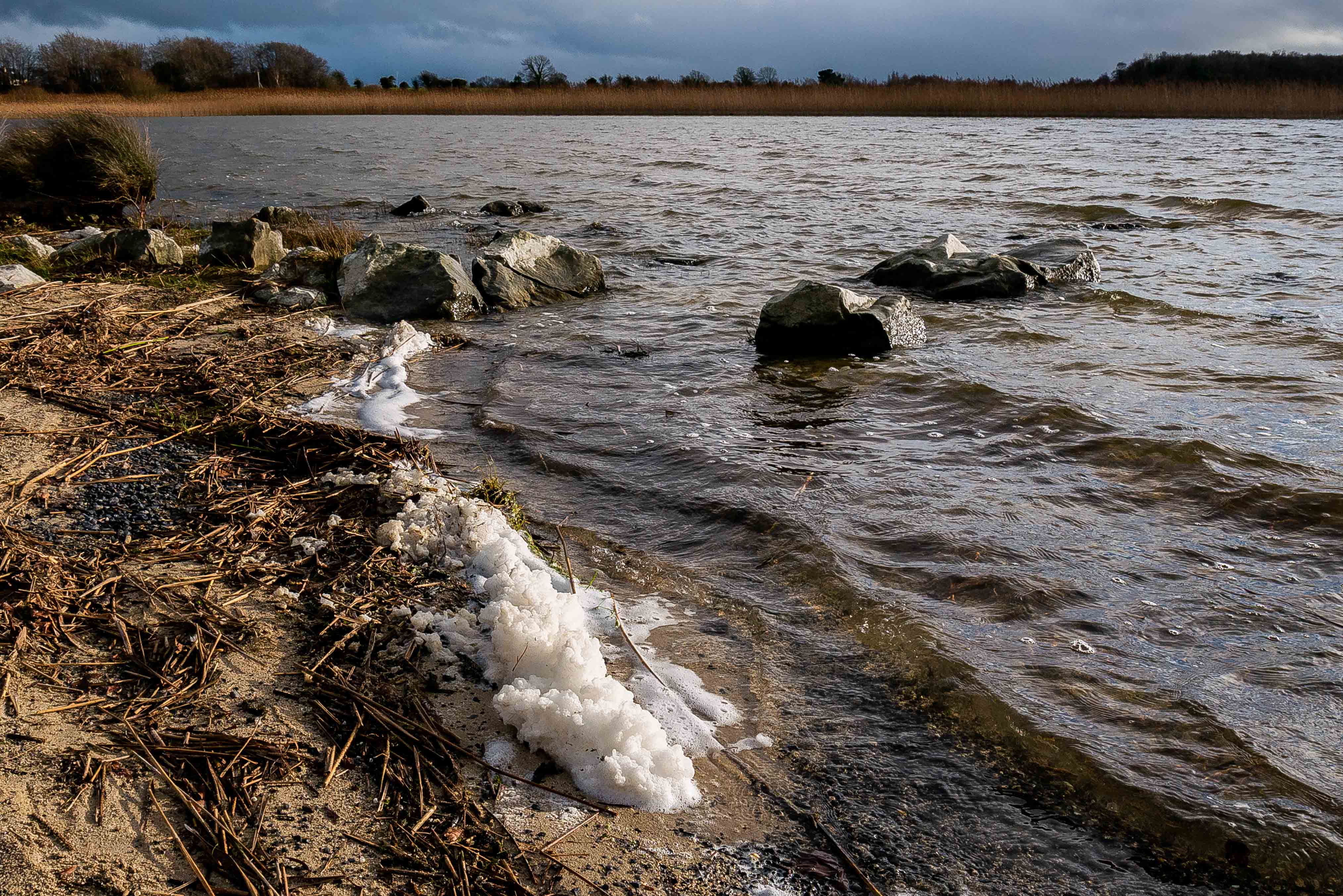 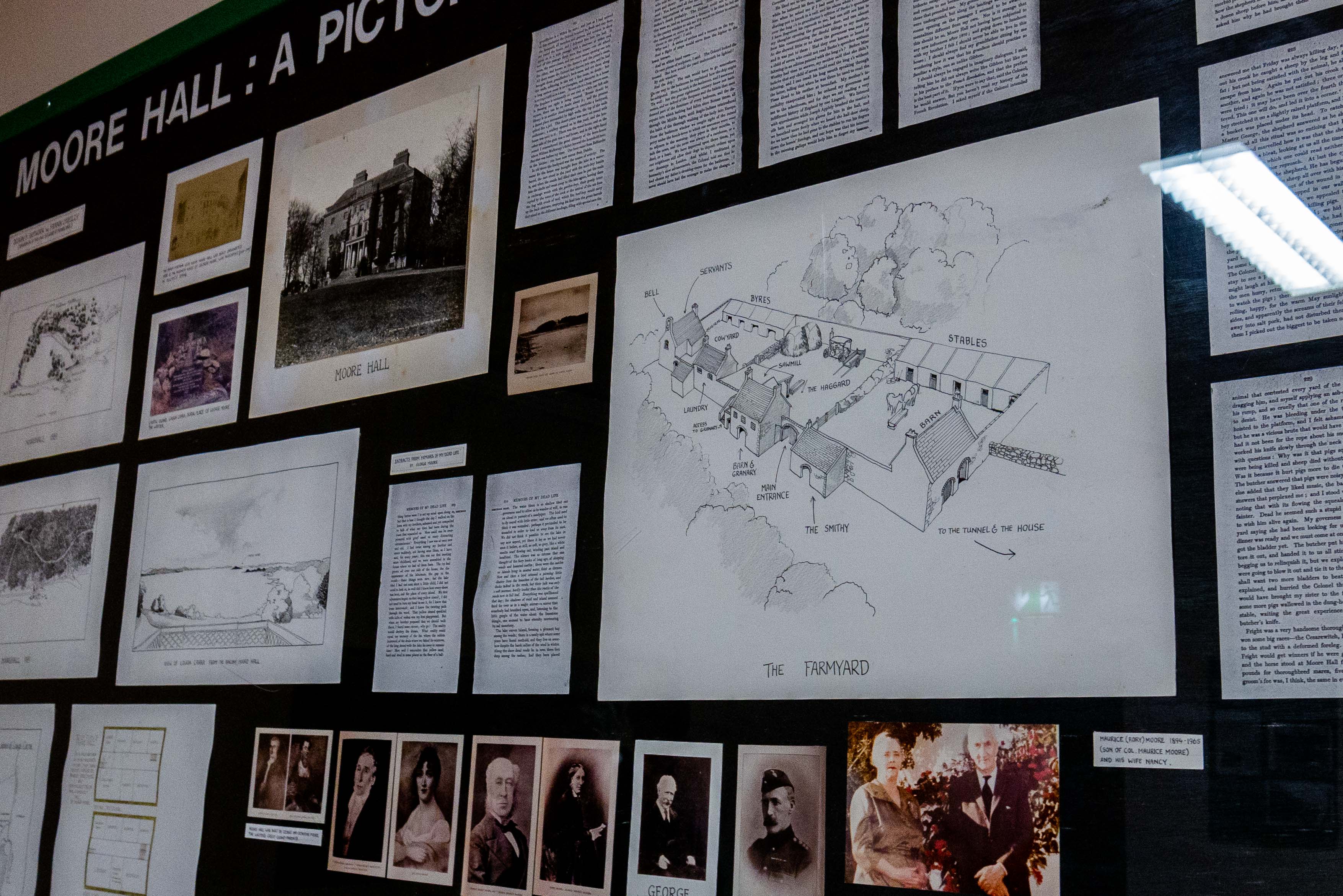 Earlier in the day, we had also returned to familiar areas on Lough Carra, noting subtle changes in the plant life growing in and around the water. As we drove around the lake, we were also struck by the colour of many of the fields in the area, given it was mid-January. It had so far been a mild winter and many fields were a deep saturated green. We saw the equipment that farmers were reading for the opening of slurry spreading after a several-months-long closed period.