In the 1960s, the Irish Countrywomen’s Association (ICA) organised the ‘Turn on the Tap’ campaign to encourage the provisioning of water to rural Ireland. In the decade prior, the ICA had run a similar campaign on the benefits of rural electrification for rural quality of life, and women’s quality of life in the rural household.

The National Library of Ireland has preserved the ICA’s archives of these campaigns and holds the transcripts from national conferences and lectures, and guild meeting minutes. The country has been in a long negotiation over the role of women in the Irish State. Throughout the 20th and 21st centuries, women’s organisations and activist movements have sought to alter, advocate for, and reshape women’s roles in society. These groups and actions have not always pursued the same objectives and visions; the role, advancement, and place of women in Ireland continues to be debated and contested.

The “Turn on the Tap” for piped rural water is one artifact of women’s advocacy in 20th century Ireland. Thus ICA campaign advocates for women’s quality of life and community needs, but at the same time bases these arguments from a woman’s place as in the home and the division of labor that entailed.

Turn on the Tap

LET US ALL REALLY WANT THE WATER

AND WITH THE HELP OF GOD WE WILL GET IT. -ICA Archives

The 1960s ‘Turn on the Tap’ campaign organised lectures, events, advertising and a conference to generate interest and investment in bringing piped water to rural Ireland. Its arguments mostly centered on pipe water’s benefits to rural quality of life. In this respect, the campaign built on the ICA’s arguments for rural electrification. Everyday chores and activities in rural homes would be enhanced by these services. Piped water, and its uses in the home–cooking, washing– were often explicitly linked to the benefits of electrically heated water supplies to women’s quality of life. Access to piped water would replace women’s grueling work hauling water into the home for chores, “Relieving her of much of the drudgery and giving her time for other more creative pursuits.”

Women’s role in the home, and men’s roles in the fields was central to the advocacy the ICA pursued. The ICA targeted benefits to men (with specifics about farm work, pipes, and infrastructure) and at women (with specifics about duties in kitchens and bathrooms). At its conference for the campaign, the centerpiece of the event used a model kitchen designed to illustrate the benefits of piped water, and shine a light on how lives would be improved. As the ICA described in its archives:

“The centre piece is a table over which a light shines down on flowers, books, a fiddle to represent music, and sketching materials to represent art. On each side of the four-sided lamp shade there is one of the following sentences:

In the 1960s, these benefits were featured in pamphlets and educational material that tried to explain and incentive piped water schemes, some of which were produced by the Electrical Supply Board (ESB). The ICA archives have copies of these pamphlets, and the guild meeting minutes detail their explicit and purposeful efforts to target government departments and news publications with their message. 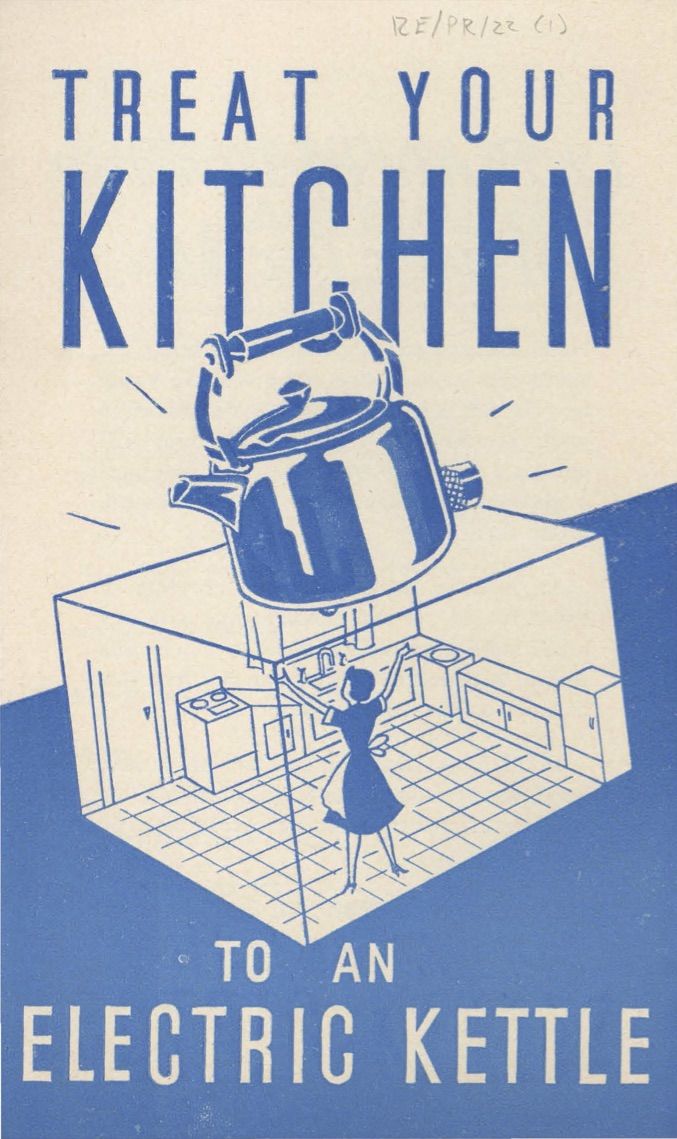 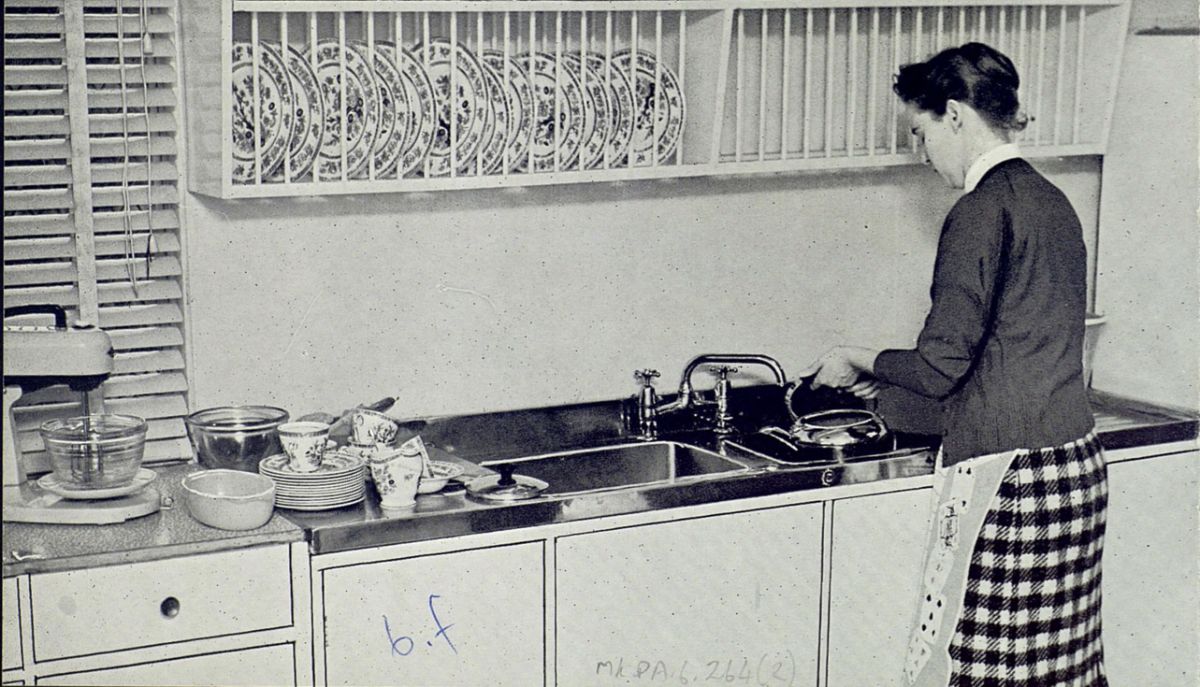 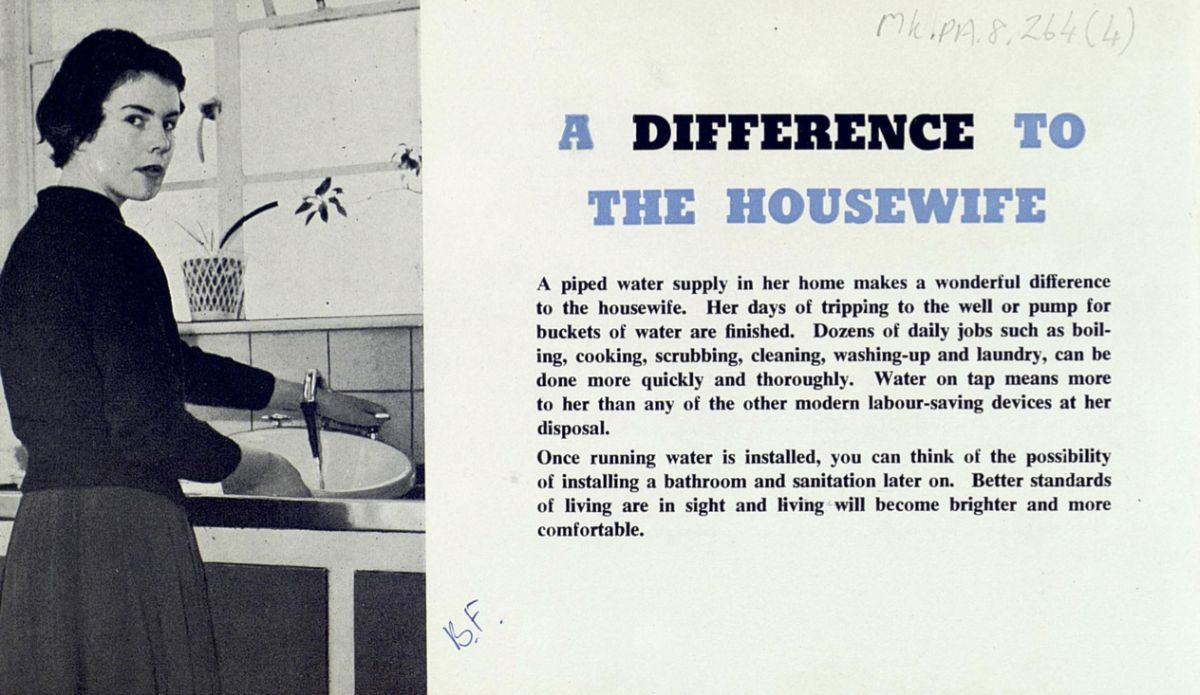 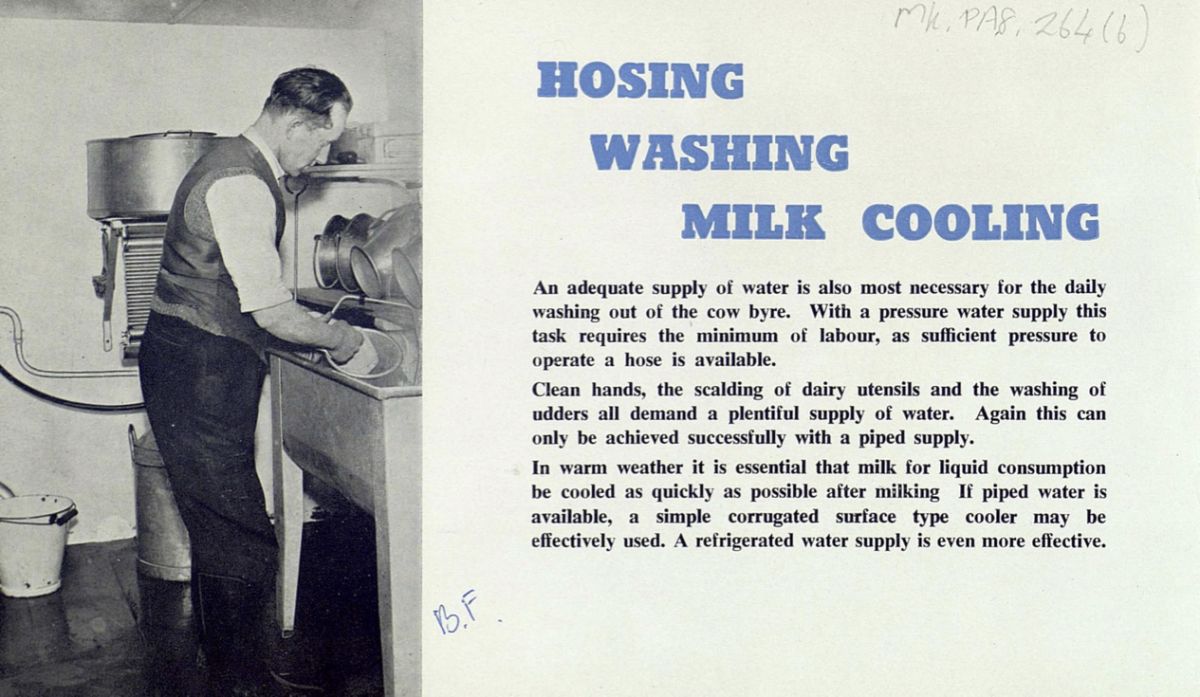 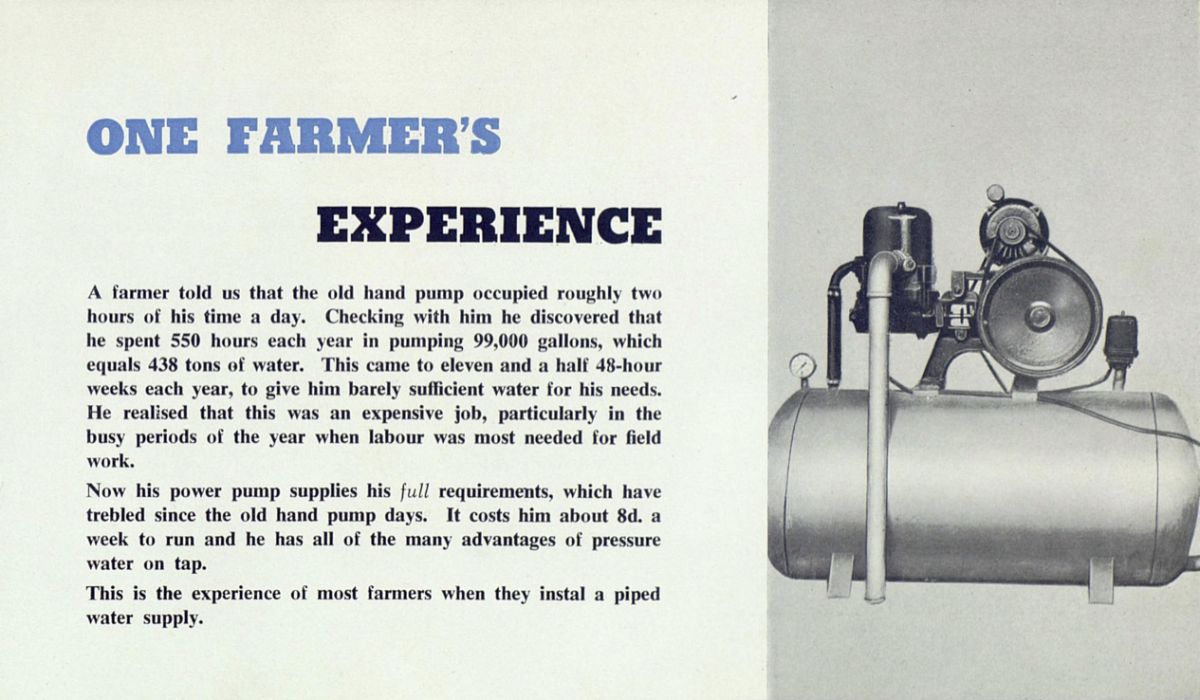 From the ESB Archives

However, as Mary Daly points out in her work on this campaign, ultimately it was not quality of life arguments that tipped the scales and incentivised greater provisioning of government grants to facilitate these rural water schemes. Ultimately the economic arguments about the benefits of rural water convinced, particularly the Department of Agriculture, to invest in rural water supplies. Still, at a time when laws and norms dictated that women’s place was in the home, the ICA records point to women’s efforts to advocate for a better quality of life and more time for women’s leisure, despite overwhelming social and political institutions that restricted their bodies and voices.

Blog, Legacies
history
Long-Term Boil Water Notices
Irish and EU Water Policy Timeline
We use cookies to generate data about how you use the website.Ok